In Gurgaon, modernity feeds and feeds-off the fear of alienation, says Shanker Raman

Gurgaon and its many realities have caught the attention of film writers and directors. 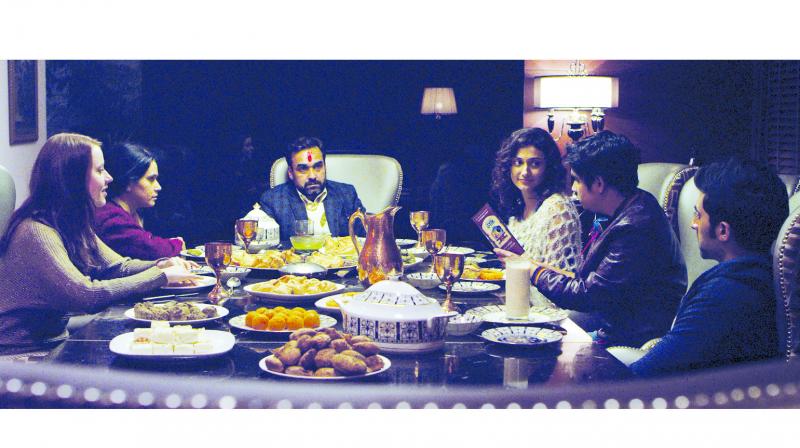 Few cities live in the kind of schizophrenic bubble that Gurgaon floats in. Its people, housing colonies, street spirit and psyche are split into two distinct, contrary worlds.

There’s new Gurgaon, which has intruded upon the old and native, taken over their land, habitat, brought in their own culture, courtesies and cultivated hauteur.

Then there’s the other, old Gurgaon. Disposed of land and identity, but moneyed, it is relegated to living on the margins of posh, gated colonies. In its own land, it is now foreign, peculiar. It has lost its bearings and is trying to assert itself, often in the only way it knows in this land of the great dharma yudh.

Add to this neurotic mix an educated back-end workforce which speaks all day in an American accent, or caters to a foreign clientele but retires to in dingy PG accommodation owned often by the natives of Haryana.

Then there’s the maali, the bai, the driver, guard, cook who enter high-rise, plush apartments or offices — all carefully manicured and steadfastly secured from any intrusion — with their photo-identity cards, but return to live in crowded one-room homes that are at a walking distance but are infested with rats, reeking of poor drainage and disease.

Is it any wonder that Gurgaon is perennially in news for the wrong reasons? It’s a city that teeters on the cusp of a nervous breakdown, finding release only with a spine-chilling episode. 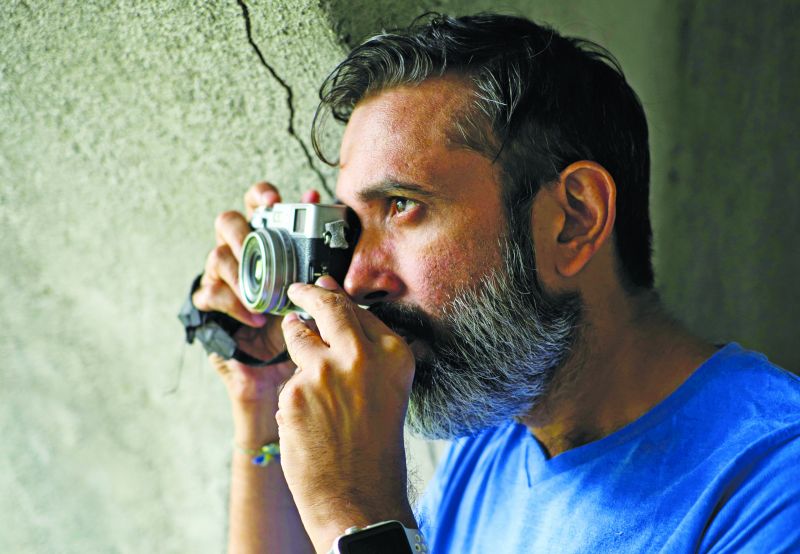 Lately, Gurgaon and its many realities have caught the attention of film writers and directors.

There have been films about honour killings, female infanticide, about random violence, city’s seething rage and anger — NH 10, Highway, and most recently, G Kutta Se — but few films have explored its duality, showcased a city that’s constantly under construction and destruction.

Only Aurangzeb comes to my mind. And now writer-director Shanker Raman’s Gurgaon.

An award-winning cinematographer from FTII, Pune, Shanker says his first feature film as director is not limited to Gurgaon as a geographical place. “People have their own impression of Gurgaon. It’s far more vivid in their imagination than my opinion of it,” he tells Suparna Sharma.

Gurgaon’s story is about a family that has new money. The father is a patriarch who runs his real estate business in his daughter’s name. His eldest son feels short-changed, emasculated, and wants to regain power.

Gurgaon releases in theatres on Friday.

Edited excerpts from the interview

Q. What’s your fascination with Gurgaon? Why Gurgaon, and not, say, Bangalore, Noida?
A. Gurgaon is often called the millennium city. It has grown and expanded exponentially in the past few decades. My fascination with Gurgaon is that it’s a new city. Which means, it’s a new construct. Someone thought of it, came up with a plan and executed it. What did they have in mind? What was the promise? Will it be a place of equal opportunity? Will it be a safe place? Will it be sustainable? Will there be accountability? To deliver this promise it’s clear that older narratives will be challenged. Patriarchy is one of them. Entitlement is its byproduct.

Perhaps, as a new city Gurgaon needn’t suffer from the narrative of older traditions and social constructs... It can have a voice of its own — a unique new voice that generates a wholesome promise and delivers it. So the question is, was there a promise?

Q. Your film is apparently based on real life. Could you elaborate on that?
A. My film is “inspired by true events”. True, as in what’s heard and reported. True as in what people believe to be true. True as in general consensus and unshakeable personal judgement. True as in what is agreed to be conclusive and permanent.

Q. What, in your opinion, is the relationship of its people to the city — people to whom Gurgaon once belonged, but who are now, as shown in your film, either engaged in real estate business or setting up gyms?
A. In my opinion, regardless of how advanced we are as a civilisation, people still crave love and companionship. And acknowledgement… (But) modernity seems to be feeding and feeding off the fear of alienation. So in that sense, how can the relationship of people with the city be transformative if the city seems to be feeding their fear for its own survival.

Q. There’s a lot of violence in your film — violence that’s often ignored by the police, violence whose victims are family members. Could you please elaborate.
A. There is violence in the film, but it comes from somewhere. It’s not meant to encourage or titillate. It’s a result of an acute inability to express oneself. I was not interested in seeing the characters as good or evil. I was interested in ultimately empathising with them regardless of what they have done. To see them as human. Which allows them a chance for redemption, as a right. That’s the power of the cinematic medium — to suspend one’s own judgement and create a narrative that alters a hardened view of certain types. Their truths.

Q. Do you think the sort of casual crime, as you’ve shown in your film, is in Gurgaon’s DNA? What’s its genesis?
A. Certain crime at times seem casual. Even so in this film. But it’s hardly that and I hope people get that… I don’t believe that man’s tendency to be violent is in their DNA. We are not born that way. Either way, I am as interested in the question of its genesis as you are. Which is why I would say, watch the film.

Q. The background score you have used in the film could well be used for a horror film. Was that deliberate? Why?
A. The music score is done by the gifted Benedict Taylor & Naren Chandavarkar. They have been associated with the project from the start… The score is a result of a close collaboration. We rarely discussed instrumentation and beats. We spoke more about the characters, their intentions — what they are hiding, what they want, but are afraid to ask. The score creates that world, an undercurrent which cannot be described in words. It’s intended to lead you into the heart of the matter. In that sense I feel the score in the film is a character that you don’t see, but feel its presence constantly.

Q. Tell me a little bit about the research that went into creating the film’s characters.
A. My research for this film was focussed on making the material authentic. It should ring true even if it’s radical in thought. It had to have an internal logic without necessarily an elaborate back story.

Kehri Singh, played by Pankaj Tripathi, is a man who has committed an unspeakable crime. What powers him to do that is a validity coming from an age old tradition that he is a part of. And yet, he makes choices that are uncommon even if they are born out of greed and desire. Bhupi, played by Aamir Bashir is the witness to the crime. He wants to stop him but can’t. Either way he suffers the burden and seeks redemption. He is deeply conflicted, folded in and suffering. The course of events in the film offer him a chance at redemption.

Nikki Singh, played by Akshay Oberoi, is a force of nature. It’s hard to see him as black and white even though he makes extreme choices. Preet, played by Ragini Khanna is someone who is burdened by the notion that she is grateful for what she has received in life. It is not her place to express what she wants especially when her father has seemingly given her everything… Anand Murthy, played by Srinivas Sunderrajan is a classic outsider. Someone who for no fault of his is sucked into this world of Gurgaon.
All these characters are an amalgamation of people from life. They are designed to serve specific needs. Born out of the world of the story, they have meaning.

Q.  Your film ends on a note that shows the end of the circle of violence. Do you think it ends?
A. As the saying goes, what goes around comes around. It’s one way to see the events in the film. Its a familiar way to see things. But at its core it’s just one way to justify and explain. It doesn’t really transform the way we look at things.

Q. Aamir Bashir — what an inspired choice. How come you thought of casting him?
A. Aamir and I go back a long way. We have produced and written a film together (Harud, 2010). He is also a tremendous actor.

I always wanted him to play Bhupi because I knew he would bring a silent intensity to the part. He also brings his own sense of politics and understanding of the world which is vital for me.

I am, as any other person, stuck to my own belief system and sense of what is fair game. With Aamir I feel an unconditional support and encouragement to raise the bar as high as it can go.