Darbar will bring back the stylish Rajini of the ’90s: AR Murugadoss

You will know the reason behind his thaadi when you watch the movie. 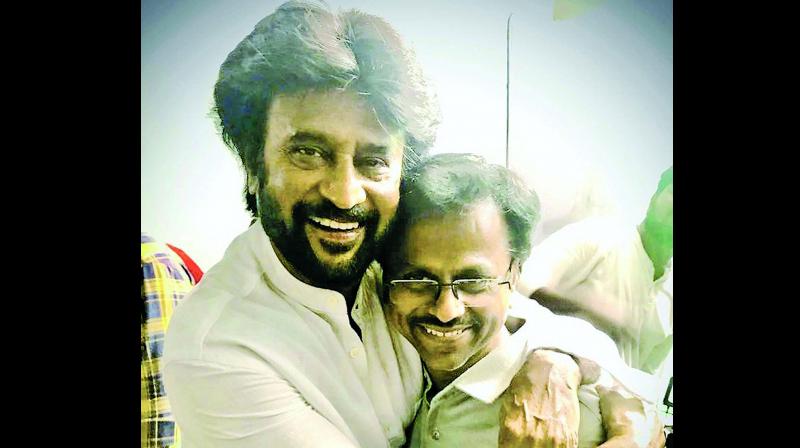 “Darbar is not a political movie. I did not pen the story keeping in mind Rajini Sir's political entry,” averred AR Murugadoss, who is directing the Superstar for the first time in his two-decade long career. The filmmaker, who is an ardent fan of Rajini, in an exclusive to DC, talks about how he controlled his fan moments, focussing on his responsibility of turning out a quality product, and other aspects of the making of the movie.

On Darbar's plot: Rajini Sir plays Aditya Arunasalam, an Assistant Commissioner of Police in Mumbai. He is a straightforward cop. How he locks horns with the antagonist, essayed by Suniel Shetty, and emerges triumphant, forms the crux of the plot. The antagonist's character has been inspired by a real person.

On why Rajini wears khaki:  I did an analysis of the characters Rajini Sir has done so far. And I thought, why not a policeman's role. It's since several years Rajini Sir has donned khaki. There are some beliefs in the Tamil cinema world that if a hero sports an army uniform, if there's a huge harbour scene with the hero or a film is shot fully in Mumbai, those films won't run. I wanted to break those myths. Darbar has been shot entirely in Mumbai.

On a cop sporting a beard and thick hair: I crosschecked with many senior police officers about the possibility of cops being allowed to have a beard. They said it is allowed for medical reasons, or on religious grounds and by special permission. You will know the reason behind his thaadi when you watch the movie.

On politics in Darbar:  Though there are no political overtones in Darbar, Rajini Sir’s inimitable punch dialogues are there in the film. Also, it touches upon topical societal issues including the safety of women. Darbar will bring back the stylish Rajinikanth of the ’90s.

On Rajini as a person:  I have not seen anyone else as wonderful a human being as Rajini Sir. He is unassuming and undemanding. He is young at heart. He still looks as if he is in his 40s and his energy levels are very high. Thousands of people throng his vanity van. But he does not prefer to have bodyguards or security staff. He patiently allows lots of people, mostly strangers, to take photos with him. He is always punctual on the sets.

On Nayanthara's role:  Nayan appears as an architect

On directing Rajini in his next film: (Laughs). If that happens, I will be the happiest man. I have narrated a few lines to him. But then, I had narrated the Chandramukhi 2 script to him too, and he had loved it, but it didn't work out.

Bankrolled by Lyca Productions, Darbar is all set to storm the screens on January 9, ahead of the Pongal festival.