‘Stylish Star’ is seen as a skilled soldier, his only drawback being his hot temper, as the voice-over goes, ‘Surya means anger’. 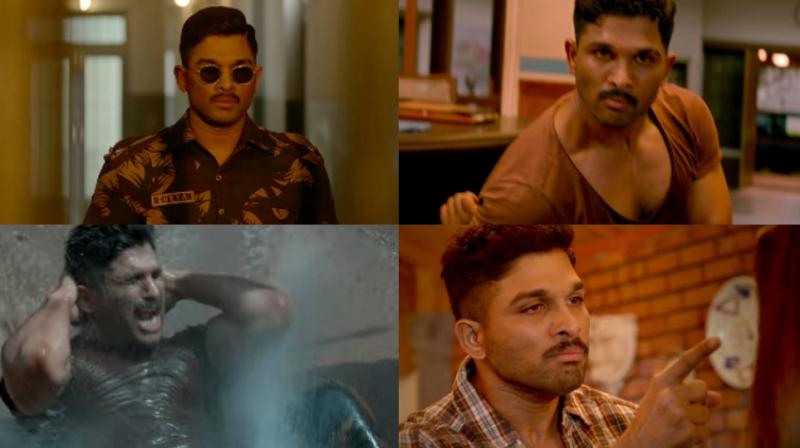 Mumbai: After 'Duvvada Jagannadham', Allu Arjun is back with another action-packed venture.

While Shah Rukh Khan announced the title and first look of his Aanand L Rai directorial on the first day of the year, even Allu Arjun had a treat for his fans, the teaser of his next ‘Naa Peru Surya.’

In the teaser, the ‘Stylish Star’ is seen as a skilled soldier, his only drawback being his hot temper, as the voice-over goes, ‘Surya means anger’.

His anger perhaps leads to a goof-up, for which his superiors make life miserable for him at the camp, following which he pledges to die for the country at the border.

Allu Arjun looks impressive venting his anger, and is a natural packing the punches and firing the gun.

He also has a softer side, with Anu Emmanuel playing his love interest, while Boman Irani also spotted in the teaser as his superior.

Sarathkumar, who reportedly plays the antagonist, was not seen in the teaser.

Vishal-Shekhar have composed for the film, which is the directorial debut of popular writer Vakkantham Vamsi.