Uneasy lies the head that wears the crown

Don’t worry though, the star of the season so far Euron Greyjoy, delights in his small but powerful appearance in this episode. 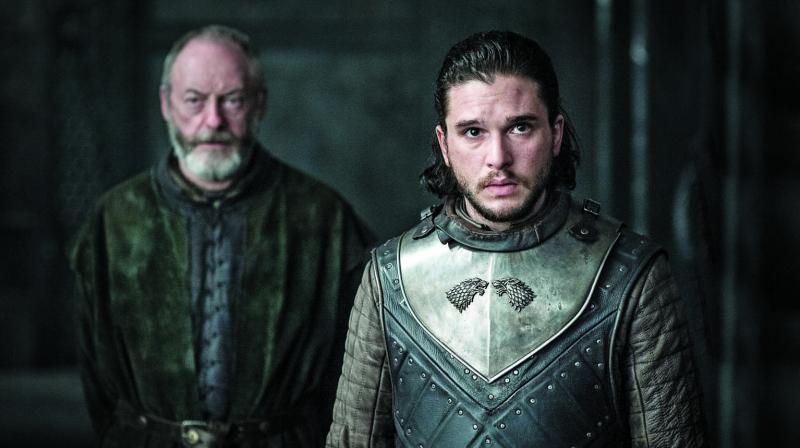 The episode is about all the other women on the show, the ones who have no desire to sit on the throne, but do what they do for the sake of their families and houses.

The Queen’s Justice is not about one queen, but two. The rightful heir to the iron throne, Daenerys versus the first woman to be sitting on it, Cersei; a Targaryen versus a Lannister. But that’s just on the face of it. The episode is about all the other women on the show, the ones who have no desire to sit on the throne, but do what they do for the sake of their families and houses.

It’s also about Sansa, who is torn between being an authoritative figure and worrying about her family, it’s about Olenna, who seems to be the last of her kind and Mellisandre, whose mistakes seem to be catching up with her.

Dany and Cersei, however, own the episode with their measured moves, made with the final aim of ruling over the country in mind. The men — Jon, Tyrion, and Jaime — are mere pawns in this entire game. And that has never been more evident.

Even as long awaited meetings are finally fulfilled in this episode, the slightly long-drawn-out nature of the exchanges will probably make you yawn. This, especially after the belter of an episode that Stormborn was, puts a bit of a dampner of the viewing experience.

Don’t worry though, the star of the season so far Euron Greyjoy, delights in his small but powerful appearance in this episode. Armed with his ‘gifts’ and an acerbic tongue out to lash out at Jaime, the Greyjoy uncle is a sight for sore eyes. Jaime’s rotten luck, on the other hand, still continues. And it only goes on to show that no matter what the Kingslayer has, he’s lost far more than he has to gain. Nikolaj Coster-Waldau is a fine actor, and this episode only goes on to bolster his place as one.

A special mention must be made to Diana Rigg, who has played Olenna Tyrell with such panache that she hasn’t hit a single false note throughout her appearance in the show.

Since this season (and the next) is a truncated one with only seven episodes, we’re technically reaching midpoint, three episodes down. With the storyline not pausing for a second, one could expect merely one more slow episode before we hurtle towards the finale. And this could easily be one of the most satisfying seasons we’ve had in a long, long time.