Games are the most downloaded AR apps on ARKit platform. 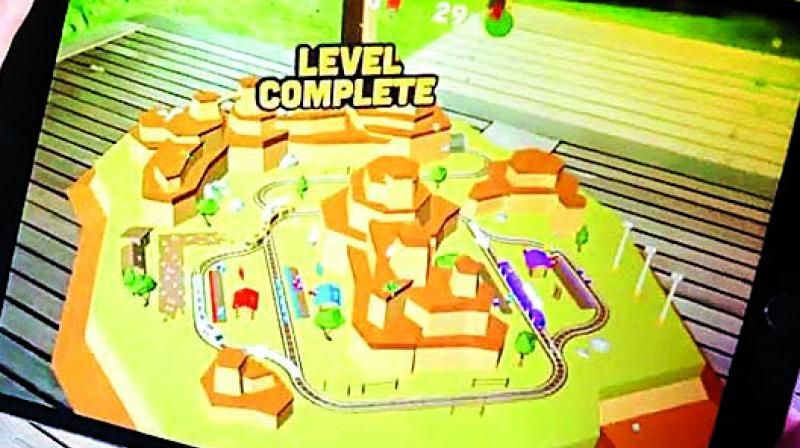 More than 13 million AR apps built using ARKit were downloaded in this period, finds Sensor Tower in an analytical report.

Six months is not too long a time for an app platform to turn a mega hit. But Apple’s Augmented Reality (AR) building platform, ARKit launched six months ago on September 19 with iOS 11, has marked a new high in terms of app downloads.

More than 13 million AR apps built using ARKit were downloaded in this period, finds Sensor Tower in an analytical report. ARKit lets users build high-detail AR experiences for iPad and iPhone. Remarkably, almost half of the apps downloaded this way are games. Utility and entertainment apps occupy the second and third spots with 14 per cent and 12 per cent downloads, respectively.

Why are games so popular? Techcrunch finds the reason. “Games, of course, helped popularise augmented reality before ARKit’s launch. Thanks to the worldwide craze that was Pokémon Go, mobile users became familiar with AR’s potential to enhance gaming as they tried to catch the animated Pokémon appearing in the real world…,” writes Sarah Perez on the portal.

Obviously we’d wondered how did Pokémon Go not got figure in the list? It explains that too. The analysis does not include ARKit compatible apps. 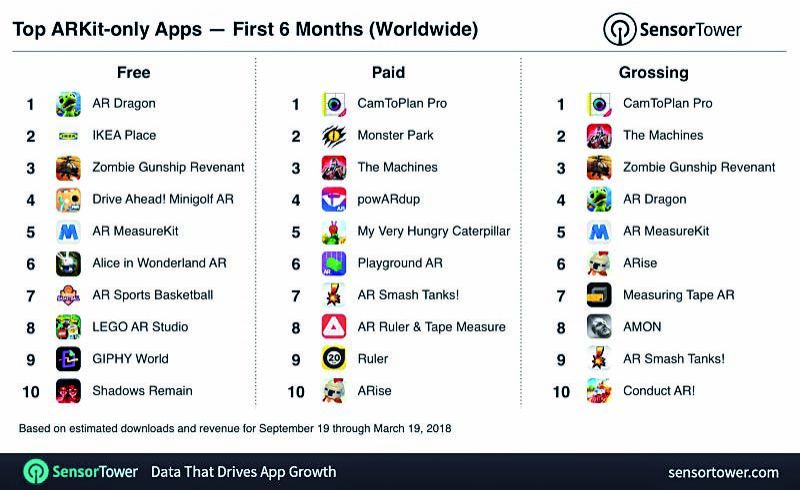 The Sensor Tower analysis has categorised the apps into free, paid and grossing sections. High on popularity ever since it was launched, AR Dragon continues the winning streak becoming the most downloaded free app made on ARKit. CamToPlanPro is the topper in the paid and grossing apps.

Well before this stocktaking, major players in the market have sensed the need for taking the AR route on apps. A significant counterpart, Google, at the start of the year, came with ARCore, which according to latest reports has over 60 apps on Play Store.

“It is the start of something new,” observes Macrumors, a tech news website. “Apple CEO Tim Cook has described augmented reality as ‘profound’ in the past, claiming that Apple is in a ‘unique position’ to lead when it comes to the technology. He thinks that AR will become ‘as key as having a website’ for brands.” Worth anticipating for.