Inspired by real-life incidents, a taut tale about father, daughter and that guy 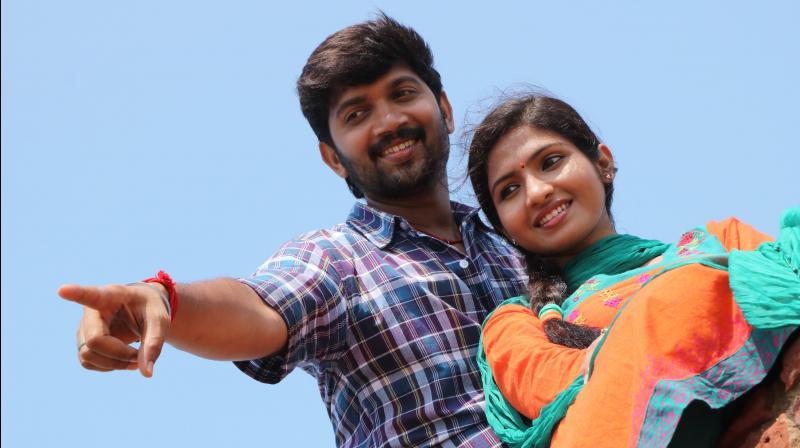 Maayanadhi: A plot full of twists and turns
Rating:

Debutant Ashok Thiagarajan’s Maayanadhai is inspired by real-life incidents. It conveys a meaningful message about how falling in love in schoolgoing age can lead to disastrous situations. It is the story of a brilliant Plus 2 student who aspires to become a doctor. But fate has something else in store when she falls for an auto driver.

The movie is refreshingly set in Mayiladuthurai. Kausalya (Venba) is a school topper and her world revolves around her dad Anbarasan (Aadukalam Naren), a widower and school teacher who dotes on her. Since Anbarasan’s wife dies while giving birth to Kausalya, he aspires to make his daughter a gynaecologist. He goes to every extent to fulfill her desires, so that her focus is only on studies. His trust in her is such that he does not believe it when his brother comes and tells him that Kausalya is being seen with auto driver Senthil (Abi Saravanan) who drops her to school.

However, when reality (Kausalya marries Senthil secretly) dawns upon him, Anbarasan takes a different stand.  And before she can come out of this shock, things go topsy-turvy for Kausalya. Yet another twist in the tale unfolds.

The father-daughter relationship is effectively portrayed, and Aadukalam Naren and Venba do a neat job, especially in the emotional scenes. Abi Saravanan plays his part with conviction. But having projected him as a bold guy throughout, the pre-climax scene associated with his character is contradictory.  Appu Kutty is aptly cast.

The fresh locations and settings add to the authenticity of the script. The first half moves slowly pace, but after interval the film is packed with twists and turns. The school portions are shot well. Bhavatharini’s soulful music reminds us of her dad Ilayaraja, especially with her background score. A taut narration and a little more coherence would have enhanced the film.