Lebanon calls for a ban on Wonder Woman film

Lebanon is seeking a ban on 'Wonder Woman' because its lead actress, Gal Gadot, is Israeli. 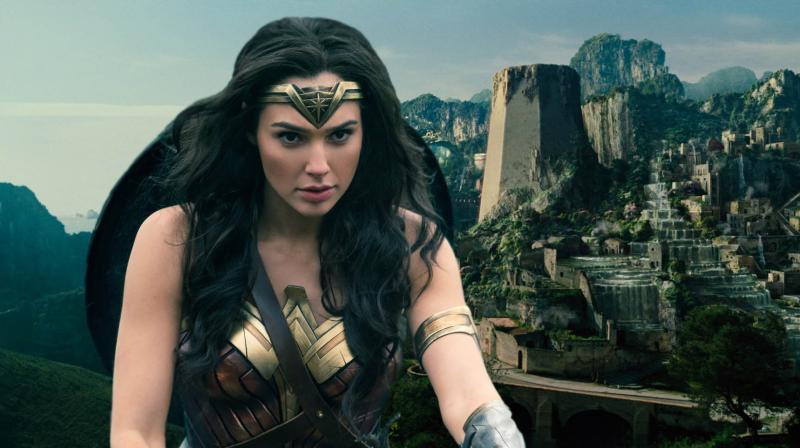 Gal Gadot in a still from 'Wonder Woman'.

Mumbai: On one hand, 'Wonder Woman' has started its journey with rave reviews from around the world. On the other hand, the movie is likely to face a ban in Lebanon because of its lead actress Gal Gadot.

According to The Hollywood Reporter, Lebanon is seeking a ban on Patty Jenkins' upcoming superheroine film 'Wonder Woman' because its lead actress, Gal Gadot, is Israeli.

A security official said a formal request for a ban has not yet been received.

A ban would require a recommendation from a six-member committee from the Ministry of Economy, a process that has not yet begun, the official said, speaking on condition of anonymity because he was not authorised to talk to reporters.

A group called Campaign to Boycott Supporters of Israel-Lebanon launched a campaign to boycott the film due to the fact Gadot served in the Israeli Army and expressed support for Israeli forces as the country led a military offensive against Gaza.

On her Facebook page, Gadot had praised Israel's military during the 2014 Gaza-Israel war, sending prayers to soldiers 'who are risking their lives protecting my country against the horrific acts conducted by Hamas'.

It should be noted that Lebanon is officially at war with Israel and has a decades-old law that boycotts Israeli products and bars Lebanese citizens from traveling to Israel or having contacts with Israelis.

The two countries have been through a number of wars, including a particularly devastating one in 2006 that battered Lebanon's infrastructure and left hundreds dead.

But, the support for the ban was not unanimous. According to a known Lebanese blogger, Elie Fares, said the movie already must have been approved to be allowed in theaters in the first place.

He told that the push for a boycott apparently reflects disputes within the Lebanese government.

Adding, "Resist what? A movie about an iconic superhero who's been part of pop culture for over 70 years. A movie in which the lead actress happens to be Israeli but who's not portraying ANYTHING related to her 'country' in any way whatsoever."

A premiere of 'Wonder Woman' is still scheduled for today in at least one cinema in Beirut. Posters of the movie and digital billboards have sprouted up around the Lebanese capital.

As of now, Warner Bros. has declined to comment on the ban.

The movie is slated to hit the theatres on June 2.