Video: New teaser of Game Of Thrones Season 7 will get you excited

The teaser shows Cersei Lannister, Jon Snow and Daenerys Targaryen moving towards their places of seating. 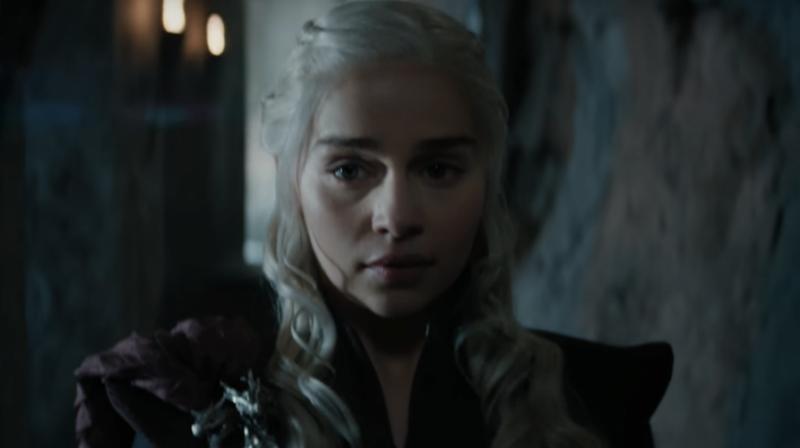 Emilia Clarke in the teaser.

Mumbai: The much awaited first teaser of the seventh season of ‘Game of Thrones’ has been unveiled.

The video titled ‘Long Walk’ shows various contenders for the Iron Throne appearing to gear up for battle.

The teaser of the HBO fantasy series shows Cersei Lannister, Jon Snow and Daenerys Targaryen moving towards their places of seating.

While the characters Cersei and Jon can be seen standing in the Red Keep and the Great Hall of Winterfell, Daenerys takes to a throne in a setting unknown to the viewers who have been watching the show for the last six seasons.

The 92 second-long clip ends with the fascade of the Night King of Whitewalkers.

Singer James' track 'Sit down' is played throughout the teaser which includes the lyrics "In love, in fear, in hate, in tears."