He is seen battling animals, baddies and other obstacles in the ice, deserts, water in India, Dubai and other places. 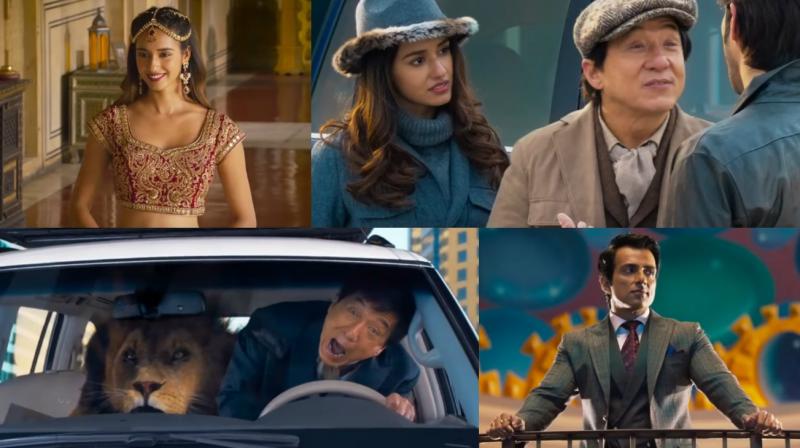 Screengrabs from the official trailer of 'Kung Fu Yoga'.

There is just less than a month left for Hollywood superstar Jackie Chan’s next film ‘Kung Fu Yoga’ and it is high time that the makers begin the promotions in top gear.

A few trailers from the film are already out and another trailer has now been shared by the makers.

The film is a trilingual, and this trailer is in Mandarin, so understanding the dialogues would be difficult in case you don’t know the language. However, the expressions on Jackie’s face and his action scenes can be understood without understanding his dialogues.

Jackie is seen battling animals, baddies and other obstacles in the ice, deserts, water in India, Dubai and other parts of the world with his trademark marital arts stunts and other action moves.

We also see glimpses of our Indian stars Disha Patani, Amyra Dastur and Sonu Sood in the trailer.

‘Kung Fu Yoga’ will be releasing worldwide on January 28 next year.