'Make no mistake': George Clooney to sue French magazine for publishing photos of his twins

He has issued a statement regarding the matter and warned the photographers to get ready to face some legal action. 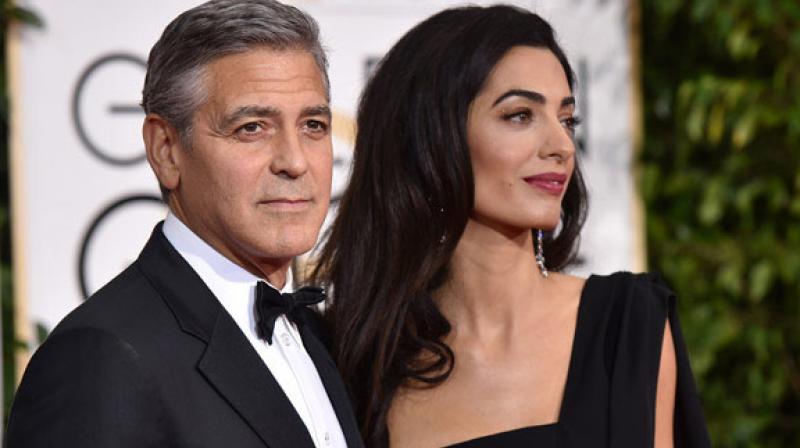 George Clooney and Amal Clooney are among the most popular celebrity couples. (Photo: AP)

Los Angeles: Hollywood heavyweight George Clooney is not happy with the French magazine Voici for publishing photos of his twins.

According to The Hollywood Reporter, George Clooney has fired back at paparazzi pictures of his twin babies with wife Amal. The pictures were plastered on the cover of France's Voici magazine and are making the rounds online.

The 'Money Monster' star issued a statement regarding the matter and warned the photographers to get ready to face some legal action.

The statement read, "Over the last week photographers from Voici magazine scaled our fence, climbed our tree and illegally took pictures of our infants inside our home. Make no mistake the photographers, the agency and the magazine will be prosecuted to the full extent of the law. The safety of our children demands it."

The photos feature blurry images of George and Amal Clooney, each of them carrying one of their babies, that the magazine says were snapped in Lake Como, where Clooney has a home.

The magazine touts the images as the first photos of the twins.

The Clooneys welcomed twins Ella and Alexander on June 6, saying in a statement that the babies and Amal "are all healthy, happy and doing fine."

An official photo of the twins has yet to be released.

On the work front, George Clooney's directorial ' Suburbicon' is scheduled to hit the theatres this fall.