This gripping, twisted and dark peek into the life of serial criminals is addictive... 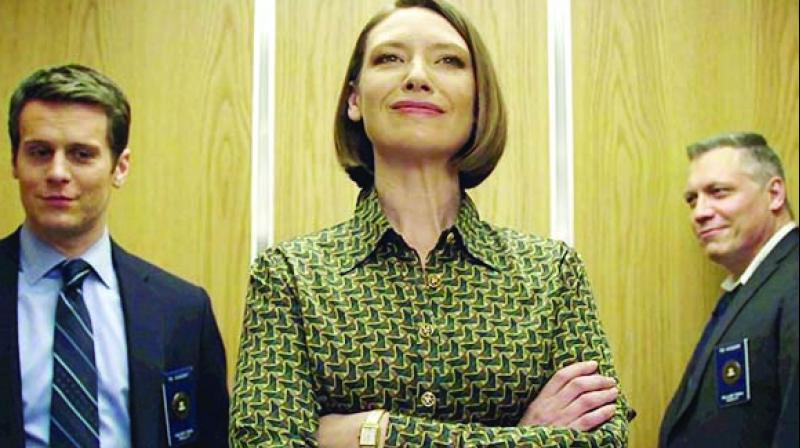 Did you know? The character of Holden Ford is based on FBI agent John E. Douglas. Dr Wendy Carr is based on psychiatric forensic researcher Dr Ann Wolbert Burgess, who collaborated with the FBI and procured grants to conduct research. The serial killer characters were modelled on actual convicted criminals and their prison scene dialogues are taken from real interviews.

Have you ever read the headlines about a ghastly crime and wondered “what makes people do things like this or what could possibly justify an act so banal and vile?” I have, every single time. Sometimes, I wonder so long and hard that I actually start imagining my life as a murder mystery with Nine Inch Nails and Björk lending the OST. But that’s a story we’ll save for later.

For now, let’s take a walk on the dark side of the seemingly slick job of an FBI agent. Mindhunter is an American crime drama web TV series by Joe Penhall, and based on the true crime book Mindhunter: Inside the FBI's Elite Serial Crime Unit by John E. Douglas and Mark Olshaker.

The show, now one season along, is a gripping journey through the career of special agent Holden Ford, played by Jonathan Groff as he probes into the minds of some of the world’s most dangerous psychopaths and sociopaths with help from his colleague Bill Tench, played by Holt McCallany.

While most of this season shows interactions between Holden and inmates serving time for heinous crimes (from mutilation to torture), the real interest is a character called Dennis Radar, aka the BTK Killer, played by Sonni Valenti. Speculation points to the fact that may actually be our prime interest in the show, but there’s no way to tell just yet. The BTK Killer or the BTK Strangler was notorious for the murder of 10 people between 1974 and 1995 in Kansas, where he would “bind, torture, kill” his victims, earning him the acronym. We know we’re going to keep our eyes on this character through to the next season.

Holden’s deep and empathetic approach to understanding the psyche of criminals leaves his personal life in knots as he struggles to balance this dark side with what appears to be a seemingly normal relationship with his girlfriend, played by Hannah Gross. There is obvious trouble in paradise, caused by Holden’s inadvertent aloofness as he gets over-invested in the job, the psychological repercussions of which are unfathomable. The show is succinct in its exploration of criminal psychology as well as the interpersonal relationships of those whose job it is to maintain law and order while upholding the idea of humanity and justice. It is evident that the struggle is real.

Mindhunter is in equal parts gripping and disturbing, and manages to tow that fine line between serving the purpose of entertainment for some, while being deeply insightful and intriguing for those more keen on a cerebral experience. The show has announced its second season, slated to release at the end of 2018 but there are no official dates yet.

Watch the show and maybe the next time you read the papers, you’ll do a little psychoanalysis of your own.

Must-watch? Definitely, it’s a peek into the minds of the most dangerous psychopaths.

— The writer is a culture maven, who heads the Member Culture and Alliances arm of a members-only club. This hilly-billy from Shillong is an expert on living life in a metro.