Comparing the comedian with producer Harvery Weinstein, Twitterers slammed her under #EllenWeinstein. 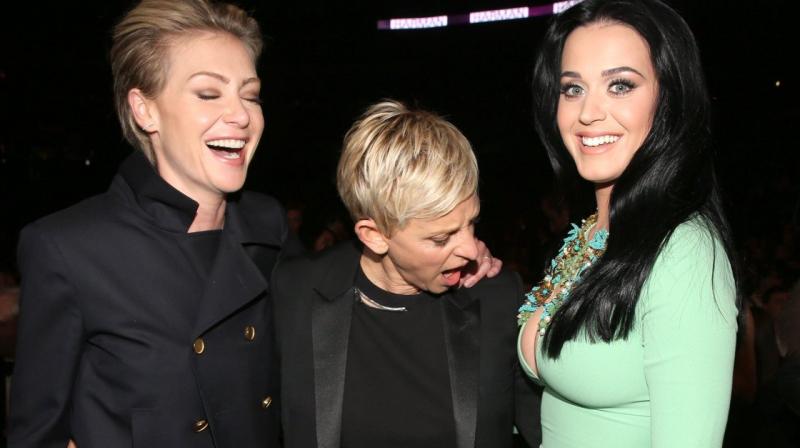 Washington D.C.: Looks like Ellen DeGeneres' jokes this time went against her.

The talk show host faced flak on social media after sharing a photo with Katy Perry on the occasion of the songstress' birthday.

The snap sees DeGeneres ogling at the 'Bon Apetite' singer's cleavage, while the former's wife Portia de Rossi was laughing.

The post read alongside, "Happy birthday, @KatyPerry! It's time to bring out the big balloons!"

The photo, which was taken as sexist, was captured in 2013 during the Grammy Awards.

Comparing the comedian with producer Harvey Weinstein, Twitterers slammed her under #EllenWeinstein.

One tweet read, "If a man did this, all hell would break loose. This is a f-ed up double standard...smh! #ellenweinstein"

"Considering the tense climate in Hollywood right now over sexual harassment, this is in really poor taste. #ellenweinstein #tonedeaf", read another tweet.

On a related note, DeGeneres was an outspoken critic of the recent Harvey Weinstein scandal, and dedicated part of her show to sharing her thoughts on the '#MeToo' movement.