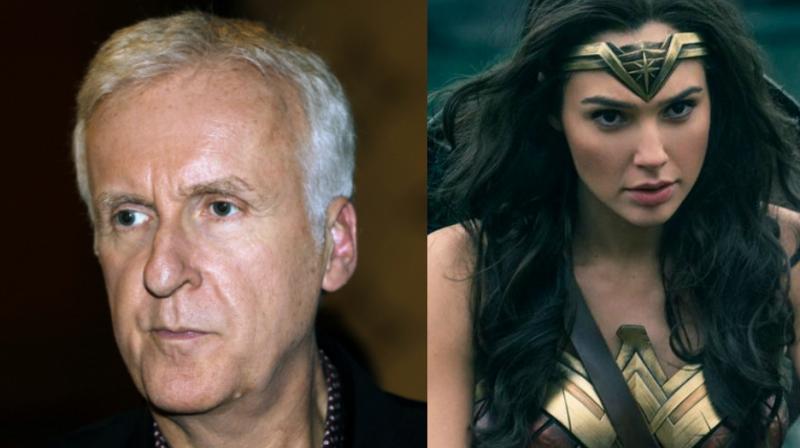 James Cameron had got flak for his comments on 'Wonder Woman.'

Los Angeles:  Director James Cameron has defended his critique on 'Wonder Woman' and said he still believes the Patty Jenkins-directed film was "a step backwards".

Cameron had said that the Gal Gadot-starrer did no service to the cause of equality as it presents Wonder Woman/Diana Prince as an objectified icon.

In a new interview, the director, 63, said, "Yes, I'll stand by that. I mean, she (Gadot) was Miss Israel, and she was wearing a kind of bustier costume that was very form-fitting.

"She's absolutely drop-dead gorgeous. To me, that's not breaking ground. They had Raquel Welch doing stuff like that in the '60s."

Cameron told The Hollywood Reporter that Linda Hamilton's character, Sarah Connor from his 'Terminator' franchise was not treated like a sex object, despite her good looks.

"As much as I applaud Patty directing the film and Hollywood, uh, 'letting' a woman direct a major action franchise, I didn't think there was anything groundbreaking in Wonder Woman. I thought it was a good film. Period," he said.

The 'Avatar' director was, however, willing to admit one thing he finds agreeable with the movie that Wonder Woman "sexually, she had the upper hand with the male character, which I thought was fun."

Jenkins has dismissed Cameron's criticism, saying there is "no right and wrong kind of powerful woman".

In her reply, she had said, "James Cameron's inability to understand what Wonder Woman is, or stands for, to women all over the world is unsurprising as, though he is a great filmmaker, he is not a woman..."