Brianne Tju, the beautiful young actress has invariably excelled in all her projects right from the small screen to silver screen. 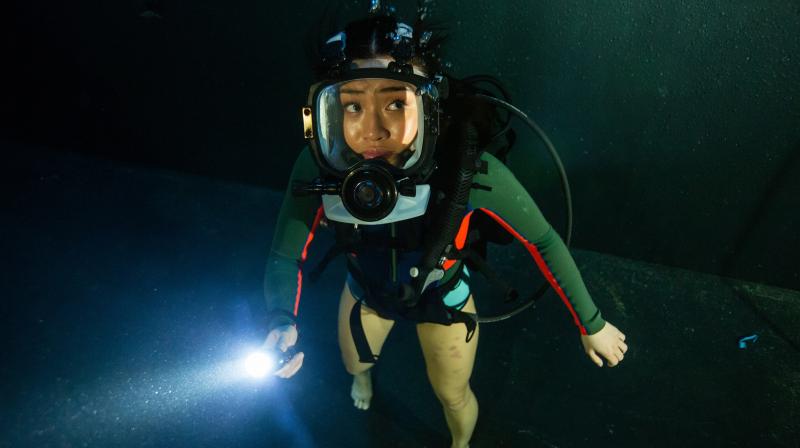 Mumbai: Brianne Tju, the beautiful young actress has invariably excelled in all her projects right from the small screen to silver screen. She is best known for her roles as Riley Marra in web series Scream and Alex Portnoy in Light as Feature and is now all set for her upcoming film, 47 Meters Down Uncaged playing Alexa. She has always explicated her amazing acting skills in her earlier work that demanded demonstrative acting with the high portrayal of emotions, similarly for this film, Brianne had to undergo multiple ups and downs while shooting the survival horror.

Sharing her unusual experience, she said,  “In the first week, Johannes said, ‘Bria, go look in the cave just so we can get the shot./' I look in and there’s a shark head in there. I’ve never felt that genuinely scared. I screamed, and all the divers were laughing at me.”

Brianne also shared one of her peculiar instances from the shoot, she said “First week, I had a banana between takes. You don’t have time to digest, and as soon as I got in the water I thought, ‘Oh my god, I could throw this up’, and I had to force myself not to. You have to drink a lot of water because you’re constantly moving. We’d leave the tank for lunch, but for the most part, we’d stay in the tank the rest of the day as it’s quicker. You don’t want to be walking around in wet clothes and changing and stuff. And it’s cold in London, so you stay warm in the tank.”

47 Meters Down franchise is best known for its eerie and trepidation storyline. The second installment 47 Meters Down Uncaged continues to add to the survival camp.

Witness this deadly encounter of '47 Meters Down Uncaged' by PVR Pictures in cinemas near you on 30th August 2019!