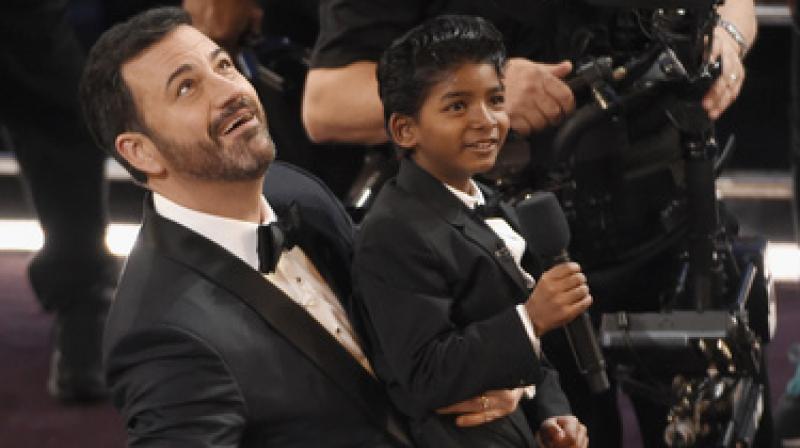 Mumbai: Dev Patel may have lost out the best supporting actor trophy but his ‘Lion’ co-star Sunny Pawar ensured that the film was talked about during the ceremony by chatting up with host Jimmy Kimmel in one of the most adorable moments from the ceremony.

Kimmel walked down to where Sunny was sitting to talk to him strangely about the editing quality of  'Hacksaw Ridge'. A baffled Sunny kept his answers short and most of them were 'yes'.

The child star, who has given an evocative performance as a lost boy in ‘Lion,’ however, lit up when Kimmel asked him whether he had seen ‘Lion King’.

The host then lifted Sunny up to recreate the signature anointment movement from the hit animated film.

Kimmel, who had parachuted candies for the Hollywood audience, had them flying down from the ceiling again, especially for Sunny.