The actress says the scenes needed to be shot aesthetically as they form an important part of the narrative. 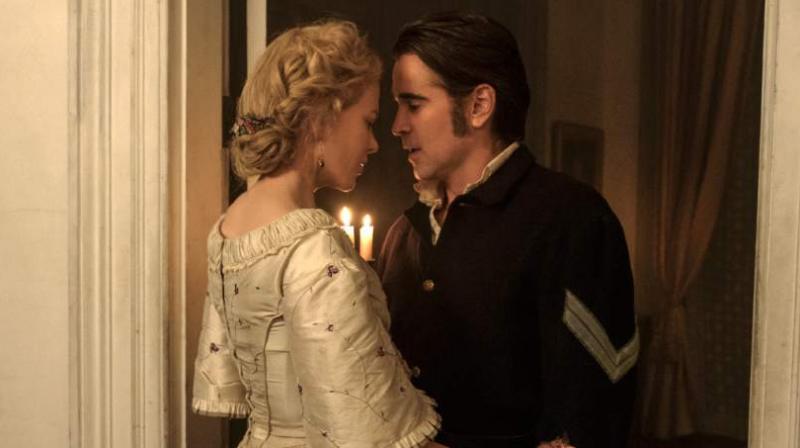 Nicole Kidman and Colin Farrell in a still from 'The Beguiled.'

Los Angeles: Actor Nicole Kidman says it was easy for her to film intimate scenes with Colin Farrell as he made her feel comfortable.

The 50-year-old actor, who plays Farrell's wife in the upcoming psychological thriller 'The Killing of a Sacred Deer', says the scenes needed to be shot aesthetically as they form an important part of the narrative, reports Entertainment Tonight.

"I think from the minute (Colin and I) met, I just felt safe, which is always a great place to be with another actor.

"As soon as I take myself out of the equation, it's just the storytelling. These particular scenes are very much needed for the relationship. They say so much," says Kidman.

Farrell, 41, said that he considers doing bold scenes as a part-and-parcel of his acting job.

"You get through (those scenes) as quickly as you can, while not rushing it at the same time. It's very much business.

"You're there to tell a story. You're there to honour the characters that have been written by somebody else and whose voice you are now beginning to adapt to yourself. You hear, 'cut,' and everyone looks away, and you make sure that the person you're working with has cover."

The film releases November 3 in the US.