Beginning of an End

As fan frenzy for Avengers: Endgame hits the roof, multiplexes across the country are bracing to screen round-the-clock shows.

In the previous installment of the Marvel series Avengers: Infinity War, the audience excitedly walked into the theatre only to come out shaken and surprised. “There was pin-drop silence because Thanos, with the help of the Infinity Gauntlet, had destroyed half the world, including many superheroes. We’ve always been taught that good triumphs over evil, but here, Thanos got his way,” shares Herold Quadros, an avid fan of Marvel comic books and the Avengers movies and is among the millions of fans looking forward to Avengers: Endgame – the 22nd film of the Marvel Cinematic Universe, and possibly, the last film in the Avengers movie series. The Hollywood film is set to hit the screens today and theatres across the country are bracing for the film frenzy by offering as many shows as possible, from the ungodly hours of dawn to the dead of the night.

Herold, like several other prudent fans across the country, booked his tickets weeks in advance to beat the rush. The frenzied booking over the last couple of days has resulted in sold-out shows and app crashes, both of which can be real dampeners for those hoping to catch an early watch of the film (The later you watch, the more spoilers you’re exposed to). The Bookmyshow website and app crashed as a million people logged on to book tickets, while the Paytm app, which was offering two free tickets, led to a further furore in the bookings. Incidentally, Avengers: End Game is the biggest ever Hollywood release in India spanning over 2500 screens in English, Hindi, Tamil, and Telugu. The makers also tried to make the film big in India by flying down director Joe Russo and getting AR Rahman to put together an anthem for the Indian versions. Names like Rana Daggubatti, AR Murugadoss, Vijay Sethupathi and Andrea Jeremiah have been roped in to make the film bigger. Robert Downey Jr, who plays Iron Man, also did an interaction with fans in India.

The effort has surely paid off as cinemas across the country are seeing a mammoth number of bookings. Bikram Duggal, head of Studio Entertainment at Disney in a statement said, “With every title, the popularity and fan-following of Marvel’s Super Heroes have grown exponentially in the country. Through the unique storytelling, action adventure, quirky humour, and superlative content, Marvel movies are among the most-awaited movies in India. And the initial peek through the trailer has quadrupled the expectations and response,” while Ashish Saksena, Chief Operating Officer (Cinemas) at BookMyShow, said in a statement,  “We expect ‘Avengers: Endgame’ to break more records as cinemas continue to open the advance bookings." Even Comic-Con India has organised screenings for fans in Mumbai and Delhi and founder of Comic Con India, Jatin Varma says, “The expectations for Endgame are beyond the roof. The initial reviews are already giving it a great rating, thus increasing the hype further. We at Comic-Con India have organized fan screenings in Mumbai and Delhi, and there is already a waitlist for them. This opening weekend is going to be a roller coaster ride. My only request to everyone is not to share spoilers.”

Kamal Gianchandani, CEO, PVR Pictures Ltd says "Avengers Endgame is part of such a successful franchise, we expected a massive momentum. However,  the curiosity and response across the country has exceeded has exceeded our expectations and the momentum is the same across board, even in non-metros. We are almost sold out in first three-day inventory. We are looking at a successful long run of the show"

In Chennai, both the English and the Tamil version of the film is breaking all records. In terms of online pre-booking in all 450 screens (3D as well as 2D) tickets were sold out on the day the sales went live. The queues at the multiplexes from Chennai to Tirunelveli would give a Rajinikanth film a run for its money. It’s expected to give good competition to Avatar’s $2.7 billion global box office sales. A distributor source revealed that in Tamil Nadu alone, the pre-booking sales have crossed Rs. 40 crores till Thursday. And unheard of in the history of Kollywood, the film is getting an early morning show, as early as 4 a.m. in some theatres in Chennai and suburbs, a happening so far associated only with biggies like Rajinikanth, Vijay, Ajith, Kamal, and that too only on festive occasions. 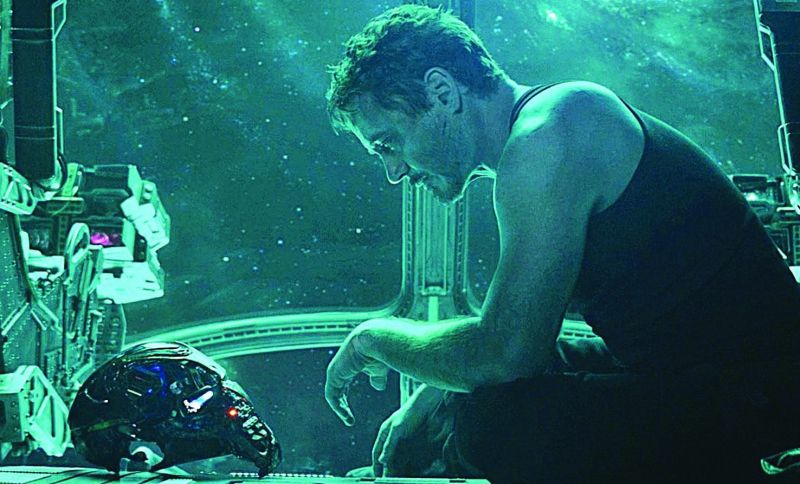 Still from the movie

And this frenzy is not limited to the metros. Rahul, operational manager of PAN Cinemas in Kerela says the way the tickets sold was unreal and has been sold out for a week. “We have not seen anything like this since the release of Bahubali 2. Avengers: Infinity War had also seen a humongous advance-booking trend, becoming the highest grossing Hollywood film in India. And the tale of that frenzy continues with Endgame as for the first time in the state, a Hollywood movie is scheduled for an early morning show at 6.20 am.  The Bahubali franchise had the same reception but it was not that surprising since it is an Indian movie. Marvel Studio has taken the cinematic experience into another level and it is a good time for movie theatres and distributors in our part of the world too. Regardless of the format, both 3D and 2D are in demand and sold out in minutes.”

The decision to let multiplex chains in India screen The Avengers Endgame round-the-clock has been received by the film trade with mixed emotions. While some have welcomed the move, others are not so sure if it would yield a productive atmosphere in the movie trade. “There is sheer madness in terms of bookings and why not? Avengers: Endgame is indeed the most anticipated Hollywood film ever in India. The previous film grossed more than Rs 200 crore at the box office and there are huge fans of this franchise who do not want to miss out on this film as it is the last of the series,” opines Atul Mohan, Editor Complete Cinema. Trade pundits predict a good opening and lifetime for Avengers: Endgame. Day One is pegged at Rs 50 crore, Rs 125-150 crore for the weekend and a lifetime collection of Rs 300 crore plus. In fact, an industry insider tells us how Bollywood films were in a mess because of the Avengers: Endgame release. “Karan Johar preponed Kalank because he knew that his film could be crushed by Avengers in its second week. Had it released on Friday, it would have been a massacre. Smartly, many filmmakers have stayed away this week. Next week there are films such as Setters and Blank who will have to face the brunt of the action. The film is also carrying good reports and that will mean another good week at the box office,” says the insider.

Two days before the film’s release, Tamil Rockers, a notorious piracy website has leaked the entire film online and is available for download. But that isn’t going to deter fans. As for what they are expecting to see, Anthony D’Costa, a Mumbai-based fan says, “At this point, anything could happen because the films don’t follow the comic books’ plotline to the T. We’re all excited to see how the Avengers are going to save the day. But I’m sad that the movie signals the end of the Avengers series because I’ve grown up with these superheroes and so much effort has gone into weaving the different plotlines and multiverses together. But I’ll still sit back and wait for the end-credits scene. It’s a Marvel film and it can’t have that.” Herold, on the other hand, has decided to go with an open mind. “I’m trying to avoid spoilers and movie-ending theories. I know the Avengers will try everything possible to reverse the damage, because the slogan they’ve taken this time is ‘whatever it takes’,” he shares. But what if Thanos wins, we ask. “Well, Thanos isn’t exactly bad. He wants to destroy half the world because greed destroyed his planet and he thinks obliterating half the population is the only thing that can save the planet. And looking at the problems of climate change and population we’re experiencing today, his thought makes sense. So as long as you’re not among the dead, it’s fine I guess,” says Herold.