The film has Andrew Garfield, Adam Driver and Liam Neeson in the lead roles. 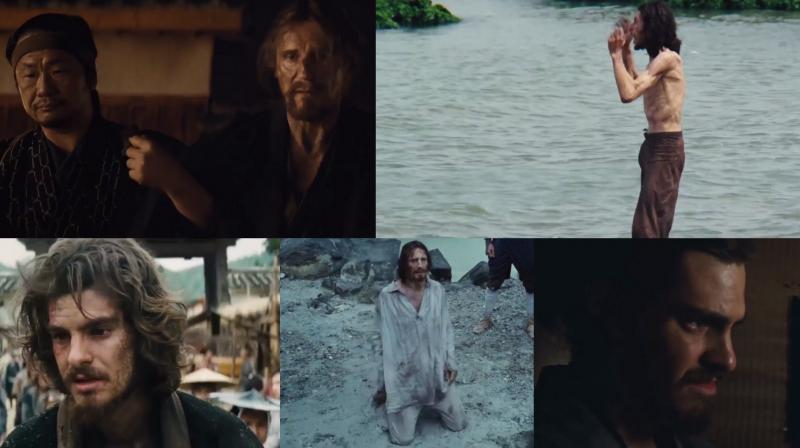 Mumbai: Seldom has a film had so much history going for it, since before a good couple of decades preceding its release.

But this is not just any film. It's the maverick Martin Scorsese's reel adaptation of Shūsaku End's 'Silence,' a dream that the revered filmmaker has harboured since 1990, a dream that people claim he himself endeavoured to delay.

But fructify it did and we now have our first glimpse onto the visionary's interpretation of the book, based on two Portuguese Jesuit priests' efforts at retrieving their mentor from the captivity of a biblically hostile Japanese kingdom back in 1670.

The film, which as per Scorsese's initial vision, was to star the dynamic Daniel Day Lewis alongside the equally competent Benicio Del Toro and Gael García Bernal, then indefinitely went into the backburner, before it was revived with Andrew Garfield, Adam Driver and Liam Neeson.

The trailer is a picturesque amalgam of brutality, medieval Eastern resilience towards embracing Christianity and a furiously striving bunch of powerhouse performers.

Scorsese and his indispensable crew of technicians, including the effortlessly sleek and crisp Rodrigo Prieto, were able to scout the best of locales at the cheapest of rates around Taipei and Taiwan, adequately mirroring an age and era bygone.

However, as the trailer has suggested, the scale and grandeur speak for themselves ginormously, and the filmmaker could probably have let go of the A-lister to go for more suitable actors.