The Hollywood power couple made a donation of a USD 1 million to SPLC from the Clooney Foundation for Justice. 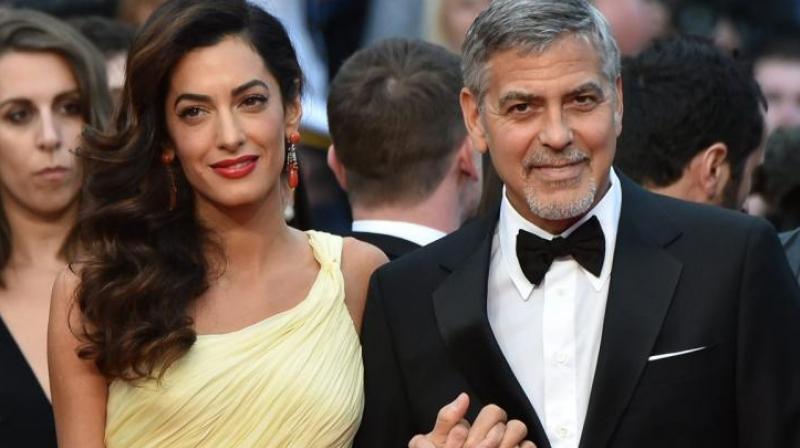 Los Angeles: Fans just got one more reason to love The Clooneys.

According to The Hollywood Reporter, the Clooney Foundation is partnering with The Southern Poverty Law Center (SPLC) for Justice to combat hate in the wake of the deadly violence at a white nationalist gathering in Charlottesville, Virginia.

While talking about the association, George Clooney shared, "Amal and I wanted to add our voice (and financial assistance) to the ongoing fight for equality. There are no two sides to bigotry and hate."

One person was killed and many others injured while protesting a white nationalist rally in Charlottesville on August 12. Shortly thereafter, US President Donald Trump said there were many sides to what happened at the event and that there were good people on both sides. His comments were almost universally condemned.

The Hollywood power couple also made a donation of a USD 1 million to SPLC from the Clooney Foundation for Justice.

In the statement issued by the 'Money Monster' star and his wife Amal, they also noted, "We are proud to support the Southern Poverty Law Center in its efforts to prevent violent extremism in the United States. What happened in Charlottesville, and what is happening in communities across our country, demands our collective engagement to stand up to hate."

SPLC president Richard Cohen also issued a statement on their association with the Clooneys and thanked the couple for standing with them in such a crucial time.

The statement read, "Like George and Amal Clooney, we were shocked by the size, ugliness, and ferocity of the white supremacist gathering in Charlottesville. It was a reflection of just how much Trump's incendiary campaign and presidency have energized the radical right. We are deeply grateful to the Clooney Foundation for standing with us at this critical moment in our country's fight against hate."

The Clooney Foundation for Justice, co-founded by George and Amal, was established in 2016 to advance justice in communities around the world.