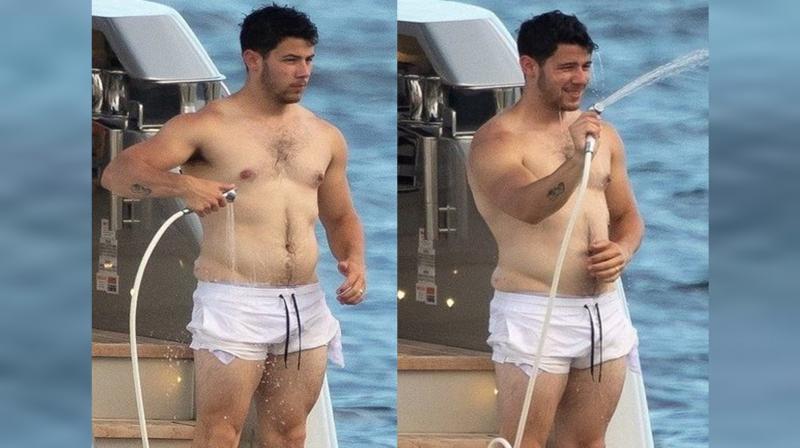 Mumbai: Priyanka Chopra has been creating headlines with her viral pictures on social media. But now it seems like her husband Nick Jonas is also in the race of setting the internet on fire.

Recently, Nick Jonas' shirtless picture while taking a shower went viral on social media. The photos are breaking the internet. 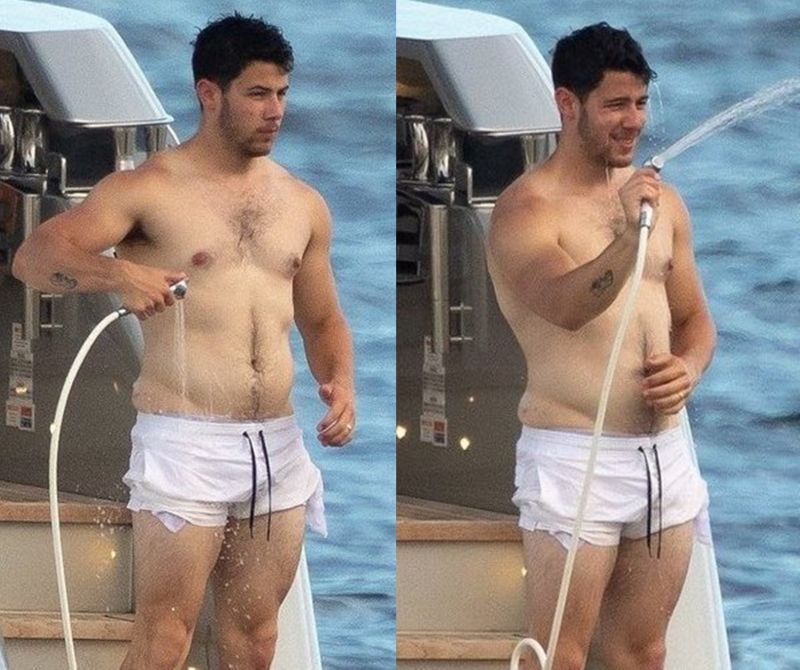 In these pictures, Nick can be seen holding a hand shower as he takes a shower under the open sky on a yacht. Donning only white shorts, Nick is catching everyone's eyeballs. However, netizens are after Nick's love handles as they want to play with them.

I just want to play with his love handles. Omg. #NickJonas pic.twitter.com/54vRl65fRL

I wanna chew on Nick Jonas’ new love handles while I fall asleep at night 🤤😴 pic.twitter.com/xWVA4i1CMo

A couple of days ago, Nick's wife Priyanka Chopra's smoking picture had gone viral on social media. PeeCee had got a lot of hatred on social media for smoking cigarette.