MUTT about this tale

A book that’s a rage, this film and its appeal is debatable... No matter how much you love the dog. 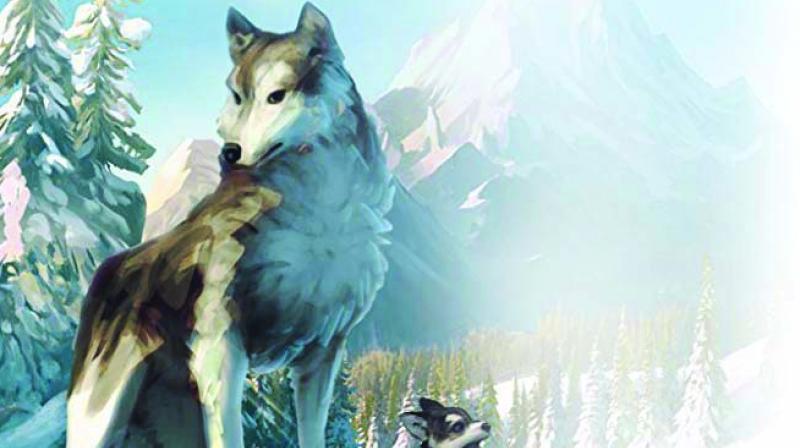 Based on the 1906 book by Jack London, this is the story of a wolf dog in the Canadian Yukon. During the 1890s, the Klondike gold rush instigated massive changes in the area, displacing people and creating chaos in this peaceful place.

Undoubtedly, the author chose to portray the struggle through the life of White Fang, a playful puppy turned dog sled leader, turned fight dog (for monetary purposes) who finally lands up with a law enforcement officer who is shown to be the first human contact that the puppy has.

White Fang is playful but brave, curious and kind and most of all, a survivor beyond compare. This will no doubt appeal to the masses as a film for the whole family, but that does not diminish the powerful message that steadily weaves a lasting impression on the viewer, right up to the very end. A tear jerker for sure.

It’s no easy feat, producing an animated film about an animal but not having it (or any other animal) talk. It’s quite easily realised that any non-human dialogue, having been represented as prose in the book, is substituted by human dialogue. It’s probably why the book is now on my list. While the book itself was a massive success, the first attempt at turning it into a film was not met with much enthusiasm. However, this rendition has received (mostly) great reviews, and I can see why. Even the style of animation is intriguing and pacifying at the same time. A flat painted type look that is also three dimensional.

Even if one were to watch this film without liking the story or the characters too much, just the scenes depicted might serve to keep the attention. It’s definitely a feel-good film that anyone can relate to. Family, loyalty and trust are the backbone of the film — values that everyone connects with.

Paul Giamatti is spectacular as the voice of Beauty Smith, a conniving schemer who’s only after White Fang to make money on dog fights. Beauty looks the part. Hating him comes just as easily as falling in love with White Fang.

Now for the cons
The movie is a bit melancholic. I don’t know if this is because of the setting (mostly snowy mountains and one horse town type scenarios) or because the sadness one feels about the struggles of another creature (human or otherwise) lingers throughout the movie. Even when the good times unfold.

It could have been a bit more realistic, in the sense that the brutality of certain scenes is left to the imagination. They would have lost out on much of their target audience if they did, so that’s definitely a subjective con.