The 39-year-old star shared on her social media accounts the stills and videos of the shoot, reported Fox news. 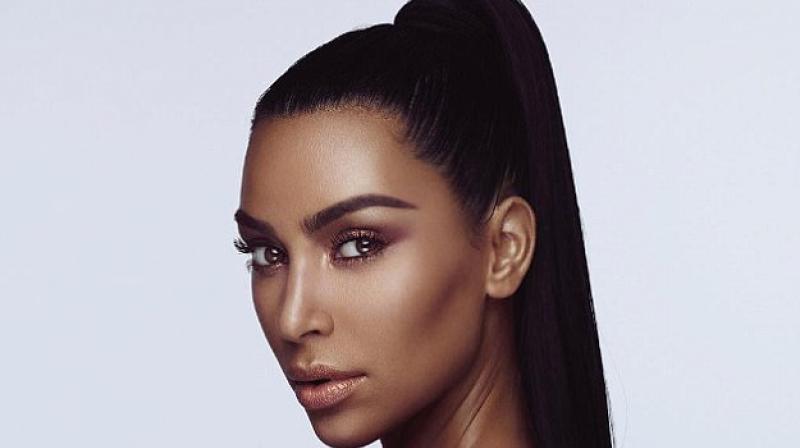 Washington DC: The makeup mogul Kim Kardashian has been receiving flak on social media for applying darker shades in a new photoshoot, where she slipped on a wig and luxurious diamonds to pay tribute to late movie icon, Elizabeth Taylor.

The 39-year-old star shared on her social media accounts the stills and videos of the shoot, reported Fox news. Her followers were quick to frown at the images as some rather disdainful comments started pouring in. Many people criticised her for using 'too-dark-makeup' faking her original skin tone.

"She look black in that 2nd photo ... hmmm here she go again," commented a user.

Kardashian's Instagram was also flooded with similar sentiments. "Was the point to make her appear more ethnic," someone wrote, who went on to say, "What's with the darkening [of] her skin colour? She in no way is that complexion naturally. Unacceptable."

Amid the backlash, a source close to Kim told Page Six that the blackface allegations hold no ground. "It's the lighting that makes her look darker in this specific image," the source who was on set for the shoot said. "There are multiple covers and images from this shoot where the lighting looks more natural. People are so quick to find the negative in everything and also often forget that she is of Armenian descent," reported Fox News.