Is Kylie Jenner the gold standard of success?

Kylie Jenner’s privilege has come under scrutiny after a US tabloid put up an ‘irresponsible’ tweet on the socialite’s success. 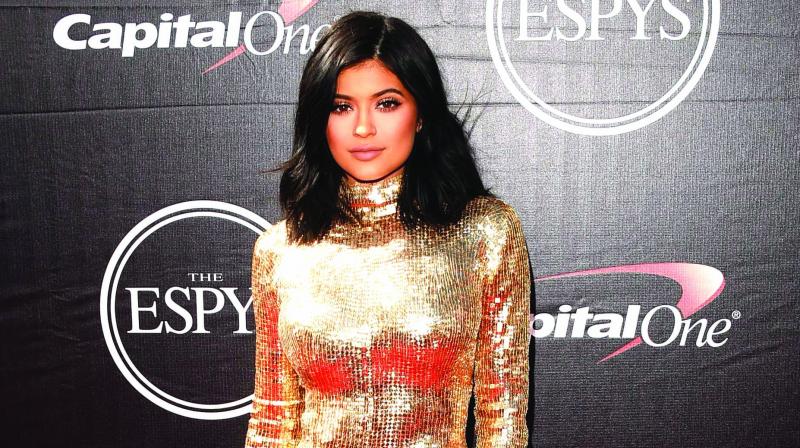 Golden girl: Kylie has recently been described by Forbes as someone who will ‘become the youngest self-made billionaire by next year’

New York daily News on Twitter said, “19-year-old Kylie Jenner is worth $900 million and on pace to become the youngest self-made billionaire ever,

What are you doing with your life?” The tabloid was lavish in its praise for socialite Kylie Jenner. But the part where it asked youngsters ‘what are you doing with your lives?’ has backfired. The tweet that fawned over the young celebrity’s wealth reeked of elitism and was immediately dismissed by tweeple. For those on Twitter, money certainly isn’t a yardstick to measure success and they immediately responded to the controversial post by saying they were busy saving lives and working two jobs and even working as rocket scientists!

Part of the Kardashian-Jenner clan, Kylie was born into privilege. It is also by virtue of her family’s money and worth that she has recently been described by Forbes as someone who will ‘become the youngest self-made billionaire by next year’.

But these goals set by Kylie need not be the ones young people aspire for. While being rich is important to some, to many, living a rich life is far more meaningful.

Even young entrepreneurs in the city have very different interpretations of success. Take for instance Prabhdeep Singh, who features in the list of Forbes 30 under 30 for Asia, 2018. He is the founder of StanPlus, that is trying to build an efficient ambulance system in India from scratch. Says Prabhdeep, “I believe age is not a great metric in measuring success. Many entrepreneurs have found success much later in their lives. More than age or money, success is about the impact that a person leaves on the community and about how you touch another person’s life.” He adds, “StanPlus is today the largest ambulance company in Telangana and Andhra Pradesh. We are helping a lot of people on a daily basis.

If we are able to save one life, that’s a success. Everything else — fame, money and awards are tokens, not measures of success.”

The problem with glorifying Kylie’s success is that it was, in a way, handed to her on a platter. “Self-made is someone who becomes successful without a godfather. When it comes to numbers — how much they own — it is a notional wealth. You’ll be shown something on paper and you have something else in the bank,” says Charan Lakkaraju, founder of Stugmaz, who is also part of the under 30 Forbes Asia, 2018 list. But he also feels that while it is not realistic to say that Kylie Jenner is self-made, one shouldn’t fail to acknowledge the effort she puts into her brand.

“According to me, being rich is being happy and content in the work you do. People like Bill Gates and Mark Zuckerberg have earned enough and now they using their wealth for social causes,” he adds.

Praveen Dorna, a 32-year-old city based entrepreneur, says, “Over the last 10 years, I had an opportunity to work in more than seven industries, across organisations ranging from non-profits and startups to MNCs in India and US. Success for me is being able to either drive sustainable change by solving real-world problems or learning something from the failures. I don’t focus on success or measure it, I just focus on learning, which truly enriches you.”

The irresponsibility of the media report in asking youngsters what they are doing with their lives in comparison to Kylie has irked many. Shiva Thrishul, a social thinker and PhD scholar, says, “There are many self-made people who made it big in their lives and go unrecognised. Kylie has both financial capital and economic exposure that helped her prosper. On the basis of that, the media can’t question other youngsters. If given a platform and proper exposure, many would do well in life.”