After split 4 years ago, Emma Stone, Andrew Garfield giving their romance another try?

The former couple, who fell in love while filming 'The Amazing Spider-Man' back in 2012, is reportedly " growing close once again." 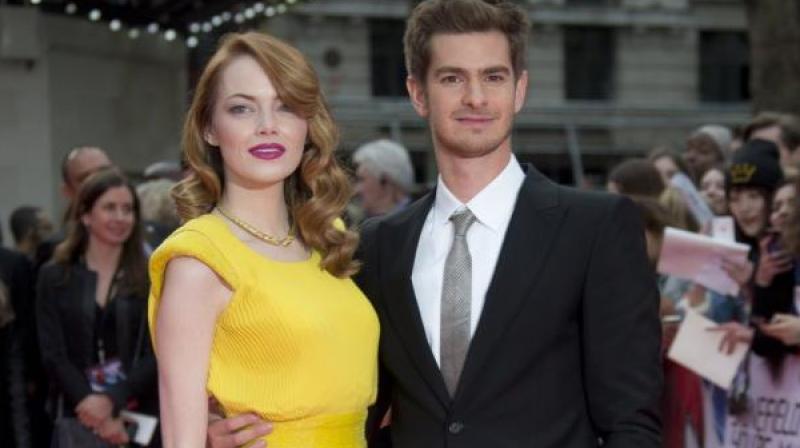 London: They split after a four-year romance, but have always maintained an amicable relationship and now, it is being revealed that love could be in the air once again for Emma Stone and Andrew Garfield.

The former couple, who fell in love while filming ' The Amazing Spider-Man' back in 2012, is reportedly " growing close once again," The Sun reported.

An insider revealed that the 33-year-old actor's feelings for Stone never softened and that, the 'La La Land' star, who recently dethroned Jennifer Lawrence as the highest-paid actress in the world, has made a number of trips to visit him while he works in London on 'Angels in America.'

"She has seen the show several times and always goes backstage afterwards to see him. They have even been sneaking out of the back door holding hands," the source said.

The source continued that there is a lot of history between them, but they are both so busy and at the moment, they are just seeing what happens.

It's not the first time the duo has sparked rumours they could re-kindle their romance - in February, they were reported to have "cuddled and held hands" after meeting up at the BAFTAs in London