HBO could not withstand the excitement of the fans as they barraged the main website, leading to a technical glitch. 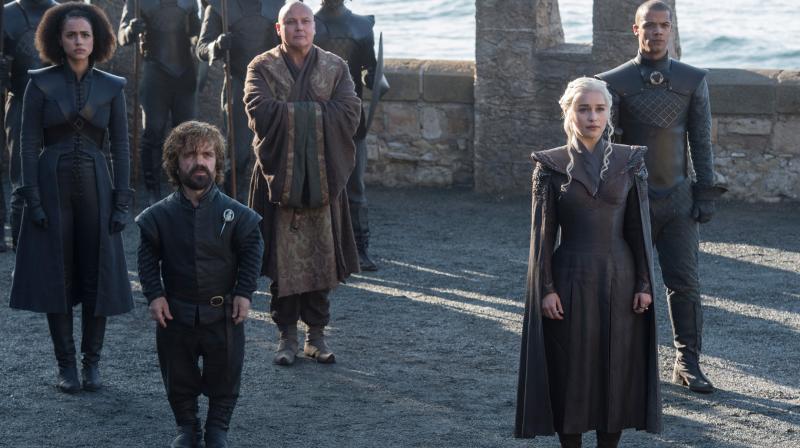 'Game of Thrones' has become extremely popular even in India.

Los Angeles: As winter is here with the seventh season of 'Game of Thrones', the network HBO could not withstand the excitement of the fans as they barraged the main website, leading to a technical glitch.

The users who tried to visit HBO.com saw an error message displayed, which read there was a problem loading the page, according to The Hollywood Reporter.

But the website resumed its service during the final half of the episode of the 'GOT' East Coast premiere.

A spokeswoman for the network said that HBO Go was experiencing outages in Latin America on Sunday and the team was working to resolve the problems.

The portal suffered similar problems at the time of the fourth season premiere of 'Game of Thrones' in 2014, when the site crashed during the finale of the first season of 'True Detective'.

The network's over-the-top video streaming service, HBO Now was also suffering from a snag. While some users who logged into the service were met with a loading bar and could not access the new episode, others complained about slow buffering.

Some of the users took to social media to express their outrage.

"That moment when your 30 minutes into season 7 of @GameOfThrones and @HBONowHelp crashes..." wrote a Twitter user, along with a gif of Jon Snow's dejected face.

While other tweeple wrote, "Am the only @GameOfThrones fan that doesn't get to watch the premiere tonight cause HBO has been processing for hours... I'm not okay."