UK university offers philosophy course based on Game of Thrones

John Donaldson from University of Glasgow in the UK will introduce key philosophical principles by using themes from the show. 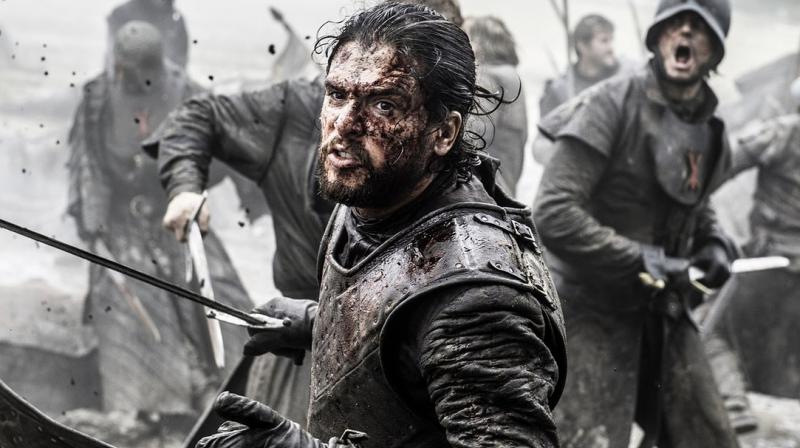 A still from the show.

Mumbai: A university in the UK is offering a new course next month on philosophy based on the popular Game of Thrones fantasy TV series.

Over a two six-hour sessions John Donaldson from University of Glasgow in the UK will introduce key philosophical principles by using themes from the show.

Through the course named 'Game of Thrones and Philosophy: Politics, Power and War', Donaldson will explore some of the many philosophical ideas embedded in the show's tales of struggle and conquest.

These include the nature of political authority and legitimacy, war theory and game-theory analyses of conflict.

Donaldson, who previously ran a course examining the virtues of Homer Simpson - a popular animated character - said he hoped it would be popular with students and newbies alike.

"We will use important scenes from the show to introduce philosophy. The first thing we will look at is game theory," Donaldson was quoted as saying by 'Glasgow Live'.

"Game theory was huge during the Cold War in the 1960s because Russia and the USA used it in regards to their nuclear weapons."

Game theory in the Cold War was used by both countries believing that any move, offensive or defensive, would be a mistake.

"The other two areas we will look at are political legitimacy and war theory," Donaldson said.

"The first looks at the right to a throne. Philosophers look at anyone's right to govern by discussing possible scenarios," he said.

"The final part is on war theory. Game of Thrones is just incessant war so we will look at whether or not war is ever justified," he added.

"In Game of Thrones, there's always a side which believes it is justified in attacking while the other side thinks otherwise. We will look at the argument from both sides while using one particular scene," he said.

Donaldson previously ran a course called 'D'oh! The Simpsons introduce philosophy'. He also ran an introductory course to philosophy based on the Star Wars series.