Walcott died early on Friday at his home in the eastern Caribbean nation of St. Lucia, according to his son, Peter. 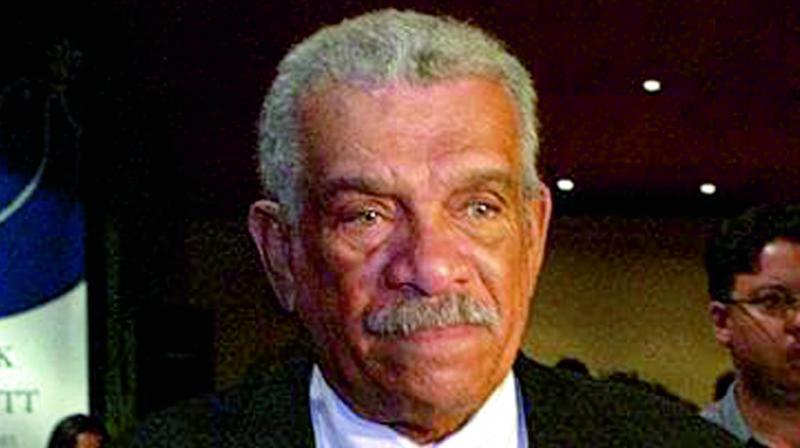 Castries, St. Lucia: Derek Walcott, a Nobel-prize winning poet known for capturing the essence of his native Caribbean and became the region’s most internationally famous writer, has died on the island of St. Lucia. He was 87.

Walcott died early on Friday at his home in the eastern Caribbean nation of St. Lucia, according to his son, Peter.

“Derek Alton Walcott, poet, playwright, and painter died peacefully today, Friday 17th March, 2017, at his home in Cap Estate, Saint Lucia,” read a statement the family released later in the morning. It said the funeral would be held in St. Lucia and details would be announced shortly.

The prolific and versatile poet received the Nobel Prize in literature in 1992 after being shortlisted for the honour for many years. In selecting Walcott, the academy cited the great luminosity” of his writings including the 1990 “Omeros,” a 64-chapter Caribbean epic it praised as “majestic.”

“In him, West Indian culture has found its great poet,” said the Swedish academy in awarding the $1.2 million prize to Walcott.

Walcott, who was of African, Dutch and English ancestry, said his writing reflected the “very rich and complicated experience” of life in the Caribbean. His dazzling, painterly work earned him a reputation as one of the greatest writers of the second half of the 20th century. With passions ranging from painting to teaching, Walc-ott’s work was praised for its depth and bold use of metaphor, and its mix of sensuousness and technical prowess.