Katy Perry roars without a passport

In an unusal turn of events, the singer refused to show her passport at the airport. 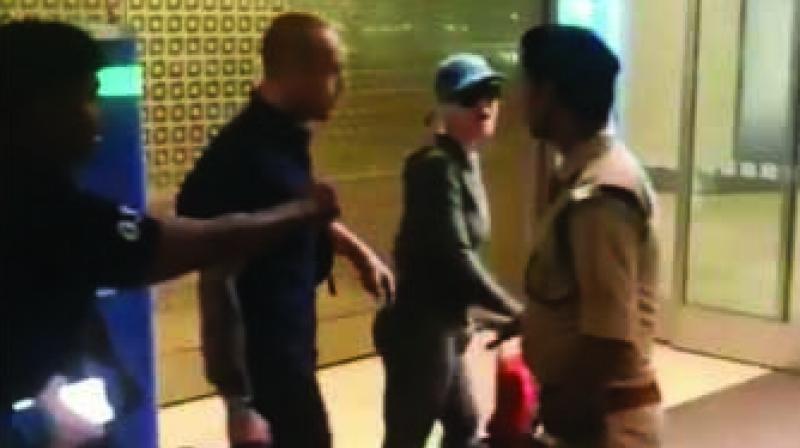 The singer was seen brisking past the security, despite the security personnel stopping her and her team several times.

The global pop sensation Katy Perry had received a warm welcome when she landed in India last week. After partying with the who’s who of Bollywood and a fiery concert on Saturday night, there was no doubt that the Firework singer had a splendid stay in Mumbai. Although, it was when she made her way back on Sunday morning that her haughty behaviour came under the radar.

Throwing a typical celebrity tantrum, Katy, donning a grey jumpsuit, refused to show her passport and the related documents to security personnel present at the gate of the airport premise. In a video doing rounds on the Internet, Hot N Cold singer is seen brisking past the security-check, despite him stopping her and her team several times. This act caught on camera, has brought the singer under the scanner for not obliging to the routine security measure, but also for her high and mighty attitude.