Details were revealed in a statement issued by the Los Angeles County Department of Medical Examiner-Coroner. 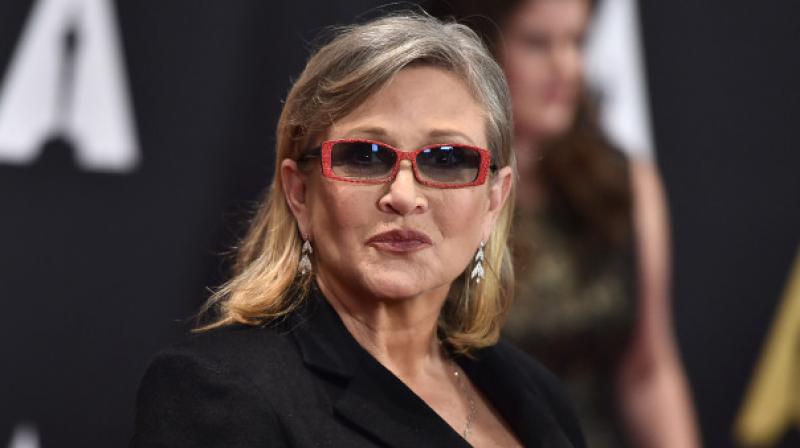 Washington D.C.:  'Star Wars' actress Carrie Fisher, who died on December 27, 2016, did not die simply from a heart attack, instead it was sleep apnea and a combination of other factors, including drug abuse.

The statement issued on Friday by the Los Angeles County Department of Medical Examiner-Coroner revealed that the 60-year-old's death was due to the buildup of fatty tissue in the walls of her arteries.

The statement said, "The manner of death has been ruled undetermined."

In addition to the listed cause of death, the coroner's statement cited "other conditions: atherosclerotic heart disease, drug use."

The actress had taken multiple drugs prior her death, but investigators could not determine whether they contributed to her death.

The 'Star Wars: The Force Awakens' star suffered a medical emergency on an international flight on December 23 and initial reports stated that she had gone into cardiac arrest on the flight.

Actress Anna Akana, a passenger on the flight, tweeted that day that Fisher was not breathing for more than 10 minutes and was receiving CPR until the landing.

Her mother and longtime movie star Debbie Reynolds also passed away a day after her daughter's death.

On work front, Fisher will be seen in, yet to be released, 'Star Wars: Episode VIII - The Last Jedi.'