The couple got engaged on March 10 after dating for almost two years. 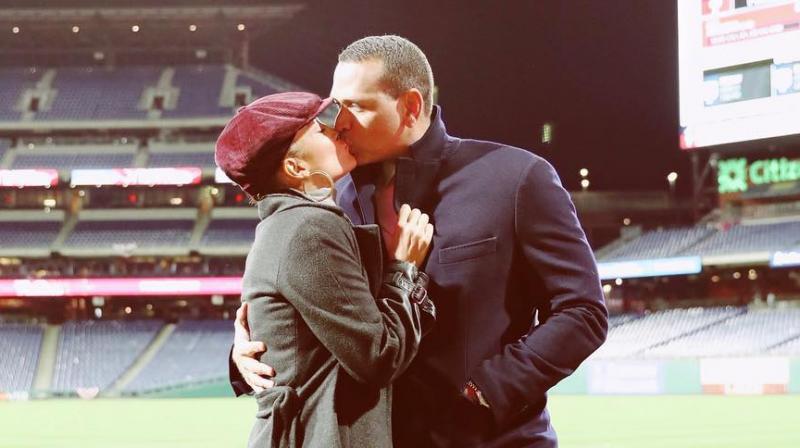 Washington D.C: To ensure nothing goes wrong with his love proposal, Alex Rodriguez rehearsed for three days before popping up the big question to his lady love Jennifer Lopez.

The former New York Yankees player featured on the Tuesday's episode of 'The Tonight Show Starring Jimmy Fallon', where he hilariously revealed that he practised his proposal with his assistant, before finally proposing Lopez. “I planned it for about six months. It was on a beach in the Bahamas. I had the ring but what was interesting was that three days prior to me going down on one knee … I would rehearse three days in a row because I wanted the sunset to be perfect,” the former baseball player said.

It is safe to say that Rodriguez did a lot of homework before proposing the 49-year-old actor. “So one time, the sunset was at 6:27, the next day it was, like, 6:29 and then the third day it was raining,” he said. Rodriguez noted that everything “worked out well” when he finally popped the question to Lopez in March.

Meanwhile, Lopez opened up about the romantic proposal during her appearance on Elvis Duran’s radio show on April 9 and revealed that the two haven’t started wedding planning as of yet.  “We’re not there yet. Yeah, we just got engaged. … We’ve talked vaguely about, like, ‘Oh, when do you think?’ And things like that, but nothing is set in stone and we’re not there yet,” she said.

The couple got engaged on March 10 after dating for almost two years. The duo announced the happy news on their respective Instagram accounts by sharing matching photos of Lopez wearing her stunning diamond engagement ring as Rodriguez can be seen holding her hand in the picture.