At the 2007 Oscars, Ryan approached Meryl for a small favor- he asked the actress to praise his mother's hairdo. 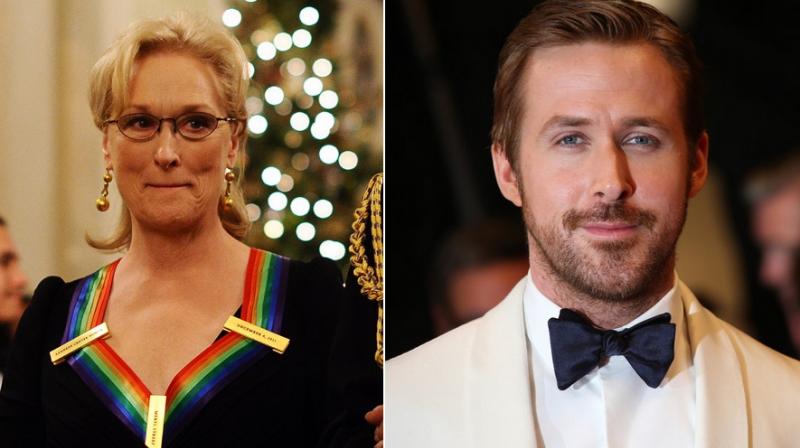 Once upon a time, Meryl complimented Ryan's mom on his request.

The actor, 36, took his mom Donna to Oscars 2007, where she sported a beehive which was not a hair trend at that time and to make her feel better Gosling asked the veteran actress to praise Donna's look.

"My mom was convinced by her friend that beehives were gonna be all the rage. And if you didn't have a beehive, you'd feel embarrassed. And it turned out to be the opposite. It was a natural hair vibe that year," Gosling said in an interview on ’The Graham Noton Show’

He continued, “And my mom sat in front of Rachel Weisz and her hair was so high that Rachel had to keep leaning to see in front of the beehive and my mom kept sinking in her chair and I didn't know what to do 'cause I was- I wanted to have a nice night, so I didn't know Meryl Streep but she was sitting next to me and I said in a commercial break, ‘Would you mind just telling my mom you like her hair?'"

The superstar was gracious enough to help the "La La Land" actor and praised Donna.

"She was like, 'I got this'. And then the commercial went and she goes, 'Do you know, I was gonna do a beehive and I wish I had.' And my mom was like, raise the roof all night," Gosling recalled.