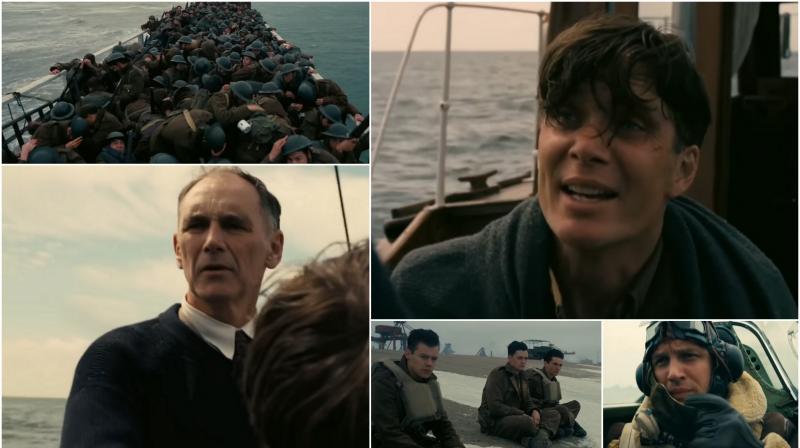 Mumbai: Christopher Nolan inarguably has the most twisted cinematic minds amongst his contemporaries. A mind that cinephiles unabashedly are enamoured by.

When he made 'Inception,' the world indulged in multiple views, each indulgence more gratifying than the other. When he made 'Interstellar,' people accused him of being way too smitten by Stanley Kubrick's iconic '2001: A Space Odyssey'. But appreciate his audacity, they did.

When he announced his plans to make a World War II film, fans and critics welcomed it with measured skepticism, one that is associated with drastic deviations in a filmmaker's inherent tropes.

But the first teaser, a minute long glorious display of sober colours and terrifying latency, silenced his staunchest of critics and put to rest the average fan's apprehension.

But none of them were prepared for the orgasmically picturesque beauty that was to be the film's first trailer.

The 139 second long montage of quintessential Nolan asymmetry, set in the 1940's, teases the viewer, with its inevitability and hopelessness, a quirk associated with the average Hollywood holocaust fare.

But when Nolan does it, poetry is sketched on reel. Cillian Murphy, Nolan's first choice Batman, fresh from the immense success of 'Peaky Blinders,' seems aptly cast, but that would be undermining the actor's immense versatility.

Nolan, who's also cast Mark Rylance ,last year's Academy Award winner for best supporting actor, made his quirk mighty evident by getting popular boy band, 'One Direction's Harry Styles onboard. And predictably enough, couldn't have not made a British war film with his seasoned regular, Tom Hardy.

Hans Zimmer, another Nolan regular, who's provided musical assistance to the film, seems to be in no mood to destroy his consistency.

The film, set for a July 21, 2017 release, could very well be on course to challenge the cult that Kubrick's 'Full Metal Jacket' commands, to this day.

But with Nolan, you can't predict the slightest of twists or conflicts.

And we adore and devour him for the very same reason.