A rendezvous with Wonder Woman

Gal Gadot, in an interview, reveals about her Wonder Woman role. 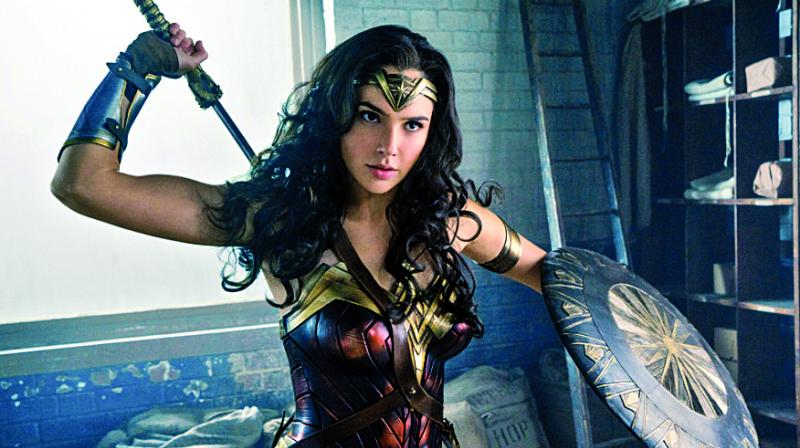 Justice League is the next biggest superhero(es) film that is going to grace the silver screen and take the fans into a frenzy. With a heavy star cast comprising Gal Gadot, Ben Affleck, Henry Cavill, Ezra Millier and Jason Momoa, the film is all set to be released by Warner Bros, Pictures  in English, Hindi, Tamil and Telugu on November 17.

Gal Gadot, in an interview, reveals about her Wonder Woman role, how Zack Snyder got her back to acting when she was about to bid adieu, and more...

Q What was it like reuniting with director Zack Snyder to make Justice League after working with him to bring Wonder Woman to the big screen for the first time in Batman v Superman: Dawn of Justice?
Gal Gadot: Well, Zack is a dear friend, and I have a lot of love and respect for him.  He was the first one to really believe in me and give me this huge opportunity.  I had actually been thinking about quitting acting and, at the very last moment — right before I was about to throw in the towel — Zack cast me as Wonder Woman in BvS.  And I will never forget it.  I think he’s a fantastic director, and I really enjoyed working with him on both projects

Q What are the stakes involved in Justice League?  What motivates Diana to want to join forces with Bruce in assembling this team of Super Heroes? GG: Diana realises that the end of the world is coming, and she knows that the only way to protect it, is by doing what was done before — the last time the planet faced this type of threat —  and that is to have everyone fight together as one.  She understands that the only way to save the world is by recruiting this team of Super Heroes and getting them to fight together as one.

Q What is the dynamic like between Wonder Woman and Batman, now that they’ve fought together in battle?
GG: Both of them understand that the stakes are really high, and both of them want to save the day.  They have some disagreements along the way but, eventually, they find a way to collaborate and work together in the best way possible.

Q All five of these heroes have epic special abilities, but Wonder Woman stands alone in many ways.  What do you think she brings to the League?
GG: I think that she brings the heart. She really cares for everyone in general, and definitely cares for each member of the League.

Q When you were making the movie, do you recall any moments during production that were particularly fun or memorable for you?
GG: I think that the most memorable moment for me was the first time we all stepped onto the set in our costumes — I was laughing all the time because it was just so surreal (laughs).  We would be shooting these very intense scenes and I would get a glimpse of someone in their costume and just begin laughing.

Q And did you have a favorite costume of the bunch?
GG: Oh, mine, for sure (laughs)! By far.

Q It is true that you were actually expecting your second child at some point during the Justice League production?
GG:Yes.  I got pregnant while we were shooting Justice League. It’s very intense to shoot a movie as it is, so then I was also experiencing morning sickness and migraines and stuff like that.  But, honestly, the whole thing was great.

Q What do you hope audiences experience when they see Justice League in the theatres?
GG: I just hope that they will enjoy the movie, but I also hope they enjoy the dynamic of the League working together.

It’s just a wonderful group of actors, and they all bring their own unique qualities to their characters.  So, I hope the audience feels like they’re part of the team and will come along for the ride.