Adele to team up with Beyonce to record girl power anthem

'Adele is a huge Beyonce fan, and it was her idea to team up together.' 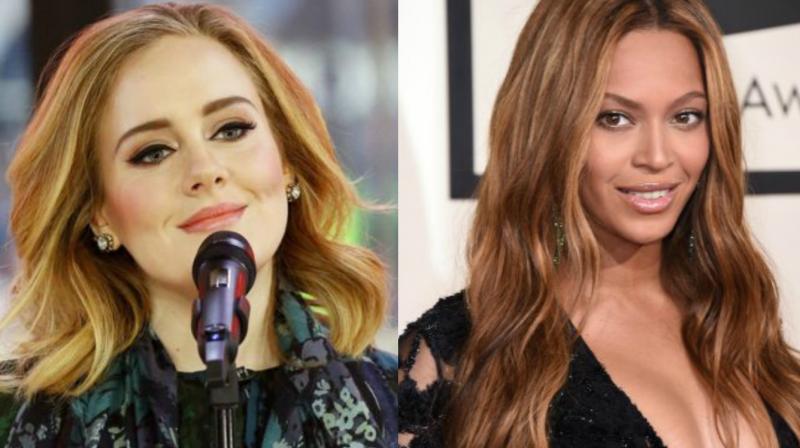 Beyonce has been constantly present in Adele's life, since she was a young girl, through her music. (Photo source: AP)

Los Angeles: Adele may have defeated Beyonce at the 2017 Grammy Awards by winning best album of the year trophy, but the singer is reportedly set to record a girl power anthem with the pop diva.

After delivering an emotional acceptance speech honouring Queen Bey, the British soul diva is trying to record a duet with the "Sandcastles" singer, reported Radar Online.

"Adele is a huge Beyonce fan, and it was her idea to team up together. This is going to be a girl power anthem! They're still talking about what they want to do. But this is going to be one of the biggest duets of all time. These two getting together will set the music business on fire," a source said.

The two divas are still talking about the possible duet as the source added. Neither Adele's nor Beyonce's representative has responded to the report.