Experts opine that in many cases of harassment, the assaulter is found to be a victim of a similar monstrosity in his/her childhood days. 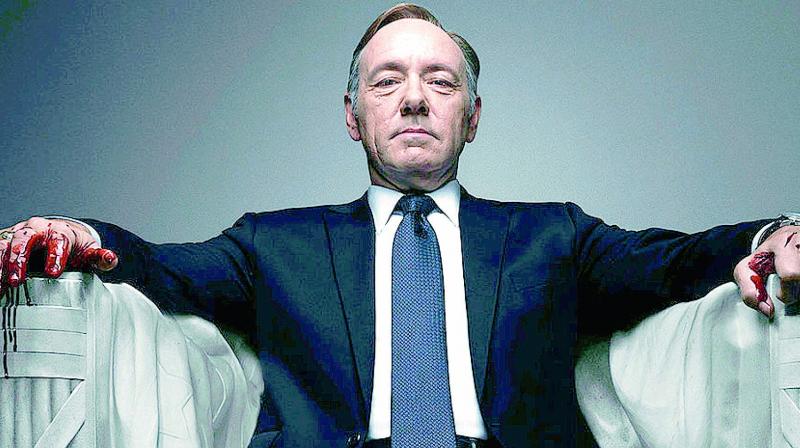 Kevin Spacey in the Netflix show House of Cards

A news that shook many since the Harvey Weinstein scandal broke out was that of actor Anthony Rapp accusing well-known actor Kevin Spacey for molesting him when he was just 14 years old. Although Spacey denied the allegations, what was equally shocking was when the House of Cards actor’s estranged brother, Randall Fowler, claimed that Kevin’s childhood was a dark one, filled with violence at the hands of their father. This makes one wonder, whether being abused as a child can result in a difficult adulthood.

While it may be true that a child has to go through extreme mental trauma when abused, there is no concrete study to support the general presumption that victims of child abuse become abusers themselves. In fact, many celebs such as Drew Barrymore and Oprah Winfrey have openly spoken and condemned abuse of any kind.

“The research evidence show that there is a significant chance that an abuser will have a history of childhood abuse. However, that is not true for everyone,” says psychologist Dr Baijesh Ramesh, adding, “Having said that, a lot also depends on how old was a child when he/she was abused, by whom they were abused and whether it was a one-time case or if it happened over a period of time. So, bad childhood is not predictive of a person growing up to be an abuser. However, an abuser has higher chances of being harassed as a child.

It can also affect the child in various other ways — they may become reserved and socially awkward or may not be able to forge a strong bond with anyone at all.”

Counselling psychologist Lorraine Bellard opines that depending on the environment that the kids grow in, they can also grow to be a good persons. She says, “Family and friends play a major part in any person’s life. Many times the way a child is conditioned, he/she feels that that is the only way to react to a situation when they grow up. However, to say that every kid who is abused will become an oppressor is not right. With some support the kid can grow out of it too, and can become a really good person.”

Another area that is affected greatly by child abuse is the victim’s sexual life as an adult. “Many of the male abusers have themselves faced abuse as a child,” explains well-known sexologist Dr Narayan Reddy. “Child abuse may result in a rough, bad or no sex life in the later stages of the victim’s life. One cannot wipe out the memories altogether, especially the memories of abuse. Due to that, the victim may not want to indulge in sex at all, which happens more in the case of women. But, in the case of a man, one analogy that I can draw is that of a student who is ragged in college or school. Generally, that student would end up ragging his juniors too. But, this is not applicable for every male who has been abused as a kid,” he adds.