In his letter of support De Niro has cheered his co-star Meryl Streep for openly speaking about Trump. 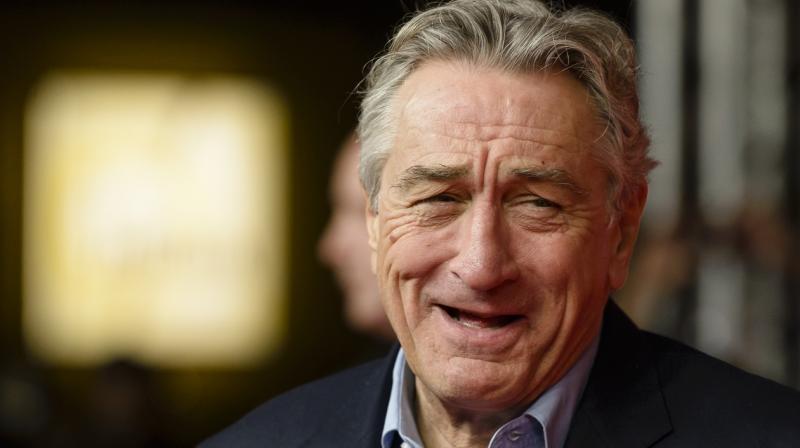 Mumbai: Hollywood star Robert De Niro has penned a letter of support to Meryl Streep following her attack on Donald Trump at the Golden Globe awards.

De Niro, who last year expressed the desire to punch the President-elect in the face, sent his co-star a letter, according to People magazine.

In the letter, De Niro said Meryl that what she did was ‘great’ and it is important that everyone speaks up about the matter.

"What you said was great. It needed to be said, and you said it beautifully. I have so much respect for you that you did it while the world was celebrating your achievements. I share your sentiments about punks and bullies. Enough is enough. You, with your elegance and intelligence, have a powerful voice one that inspires others to speak up as they should so their voices will be heard too. It is so important that we ALL speak up," De Niro wrote.

Streep's speech, made as she picked up the lifetime achievement award, took Trump to task for his impression of a disabled reporter.

Following the ceremony, the president of the Hollywood Foreign Press Association sent Streep an email to praise her address.

"Congratulations once again on being the Hollywood Foreign Press Association's Cecil B DeMille award recipient. We stand proudly behind our choice, and we applaud your 40 years of captivating work. You're a class act, in and out of character. As an organisation of journalists, the HFPA stands by your defence of free expression and we reject any calls for censorship."

Trump took to Twitter to defend himself against Streep's speech, calling her ‘overrated’, but his social media retaliation did not find favour with many of Streep's peers.

"Aren't you supposed to be running the country?" said George Clooney, in response to the President-elect's tweets.

Meanwhile, Viola Davis, who introduced Streep at the Globes ceremony, before herself critiquing the incoming president backstage, said: "Streep told me she was going to piss off some people so I was bracing for impact. I love it! She's earned the right to say that, and I think all of us felt a sigh of relief. Sometimes you need the first person to dive in there and have the courage and the bravery to give a mouthpiece to what we were all feeling."