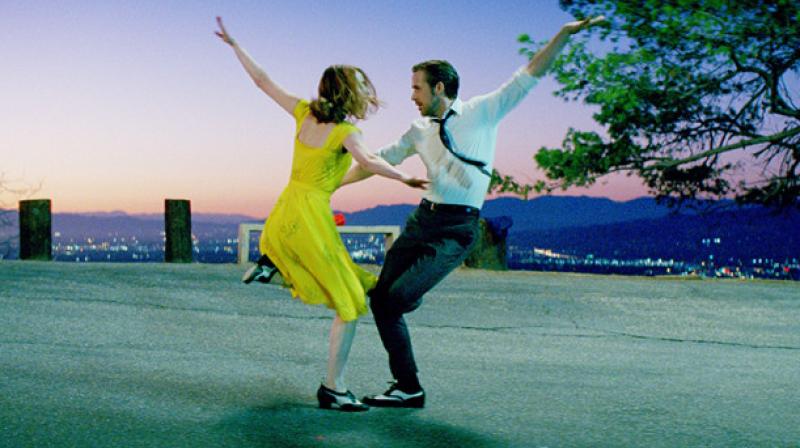 The movie will compete with ‘Hacksaw Ridge,’ ‘Hell Or High

Water,’ ‘Manchester By The Sea,’ and ‘Lion’ in the best motion picture - drama category.

Its other nominations include the best director for Barry Jenkins, best original score, best supporting actor and actress nod for Mahershala Ali and Naomie Harris and best screenplay.

‘Lion’ is the moving true story of Saroo Brierley, a young Indian man, who tracks his family in India with the help of Google map years after being separated from them.

Amy Adams' performance as a linguist in sci-fi movie ‘Arrival’ has earned her a nod in best actress in a drama category, in which she will be competing with Jessica Chastain ('Miss Sloane'), Ruth Negga ('Loving'), Natalie Portman in ‘Jackie’ and French star Isabella Huppert for ‘Elle’.

In the musical or comedy actress category, Stone seems to be the clear front-runner. She will compete with Lily Collins ('Rules Don't Apply'), Meryl Streep ('Florence Foster

Gosling is pitted against fellow Canadian and namesake Ryan Reynolds ('Deadpool'), in the best actor musical or comedy category. Others who have made it to the list are Collin Farrell for the ‘Lobster,’ Hugh Grant for ‘Florence Foster Jenkins’ and Jonah Hill for ‘Wardogs’.

The 2017 ceremony, produced by Dick Clark productions and the Hollywood Foreign Press Association, will take place on January 8. Comedian Jimmy Fallon will host the ceremony.

Besides movies, the Golden Globe also honours TV performances of the year.