Emma Watson, Bonnie Wright and Eddie Redmayne are among the actors who have spoken out against author JK Rowling for her anti-trans tweets 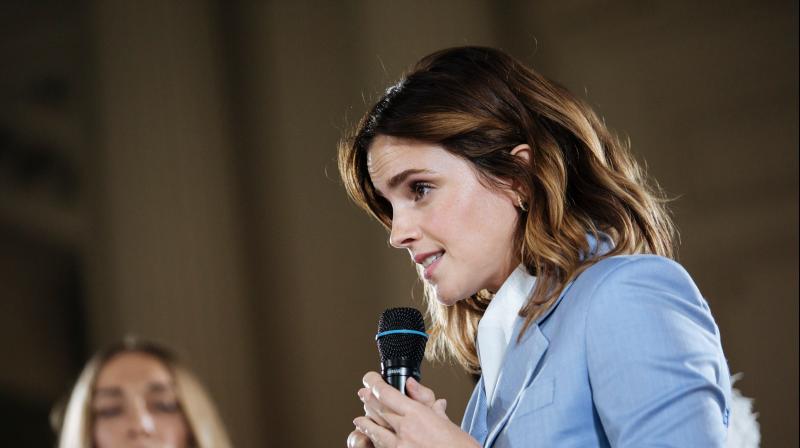 Emma Watson, who played Hermione Granger in the Harry Potter series, joined her co-star Daniel Radcliffe in criticising the author's views. (via Facebook)

London: Harry Potter stars Emma Watson, Bonnie Wright and Fantastic Beasts star Eddie Redmayne are among the actors who have spoken out against author JK Rowling for her anti-trans tweets that have sparked a massive controversy among her fans and followers.

Watson, who played Hermione Granger in the Harry Potter series, joined her co-star Daniel Radcliffe in criticising the author's views.

Bonnie Wright, known as Ginny Weasley to "Harry Potter" fans, tweeted, "If Harry Potter was a source of love and belonging for you, that love is infinite and there to take without judgment or question. Transwomen are women. I see and love you."

Radcliffe, in an essay on the Trevor Project, a non-profit dedicated to crisis intervention and suicide prevention for LGBTQ people, wrote, "Transgender women are women. Any statement to the contrary erases the identity and dignity of transgender people and goes against all advice given by professional health care associations who have far more expertise on this subject matter than either Jo or I."

Redmayne, who plays Newt Scamander in Rowling's Harry Potter spin-off, said he wanted to make his stand on the topic clear.

"Respect for transgender people remains a cultural imperative, and over the years I have been trying to constantly educate myself. This is an ongoing process," Redmayne said in a statement to Variety.

The actor, also known for his role as Lili Elbe, the first person in history to undergo a male-to-female sex reassignment surgery in The Danish Girl, said he would never speak on behalf of the community but understands that they are tired of this constant questing of their identities.

"I disagree with Jo's comments. Trans women are women, trans men are men and non-binary identities are valid. I would never want to speak on behalf of the community but I do know that my dear transgender friends and colleagues are tired of this constant questioning of their identities, which all too often results in violence and abuse. They simply want to live their lives peacefully, and it's time to let them do so," he wrote.

Rowling sparked a debate with her series of tweets on Saturday where she argued that discussion of gender identity invalidates biological sex.

"If sex isn't real, there's no same-sex attraction. If sex isn't real, the lived reality of women globally is erased. I know and love trans people, but erasing the concept of sex removes the ability of many to meaningfully discuss their lives. It isn't hate to speak the truth," Rowling wrote.

"The idea that women like me, who've been empathetic to trans people for decades, feeling kinship because they're vulnerable in the same way as women  ie, to male violence hate' trans people because they think sex is real and has lived consequences is nonsense," she wrote.

The author's comments led to an uproar in Hollywood and among her fans and queer activists have denounced her comments as anti-trans.

Rowling on Wednesday wrote an essay clarifying her tweets while coming out as a sexual assault survivor.

"If you could come inside my head and understand what I feel when I read about a trans woman dying at the hands of a violent man, you'd find solidarity and kinship," she wrote.

"I have a visceral sense of the terror in which those trans women will ave spent their last seconds on earth, because I too have known moments or blind fear when I realised that the only thing keeping me alive was the shaky self-restraint of my attacker," the author said.

Rowling said her decision to mention these details was not an attempt to garner sympathy but out of solidarity with the huge number of women with similar history, "who've been slurred as bigots for having concerns around single-sex spaces".