The Tom Cruise-starrer opened to a withering 32.2 million USD, but 'Wonder Woman' continued to do well. 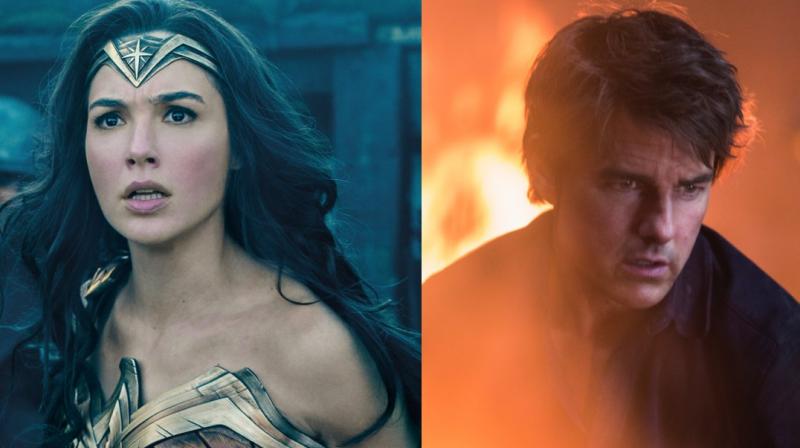 Stills of 'Wonder Woman' and 'The Mummy.'

Los Angeles: The Princess of Themyscira has defeated one of the Hollywood's iconic monsters, at least at the Box-Office.

According to The Hollywood Reporter, the reboot of Universal's 'The Mummy,' starring Tom Cruise, opened to a withering 32.2 million USD at the U.S. box-office, a dismal start for the first film of Universal's new Dark Universe of interconnected monster movies.

The movie did well at the overseas box-office, earning over 141.8 million USD from 63 markets.

The movie saw a drop of 45 percent, which was one of the lowest drops ever for a superhero tentpole.

It should be noted that, 'The Mummy' opened behind any of the openings for the Mummy films starring Brendan Fraser, as well as for the spin-off 'The Scorpion King.'

Directed by Alex Kurtzman, the story follows an ancient princess (Sofia Boutella) who is awakened from her crypt beneath the desert, threatening mankind. Cruise plays the man who discovers the tomb of Ahmanet and unleashes her powers.