The 42-year-old football legend plays a rather snide and unpleasant character named Trigger in the flick. 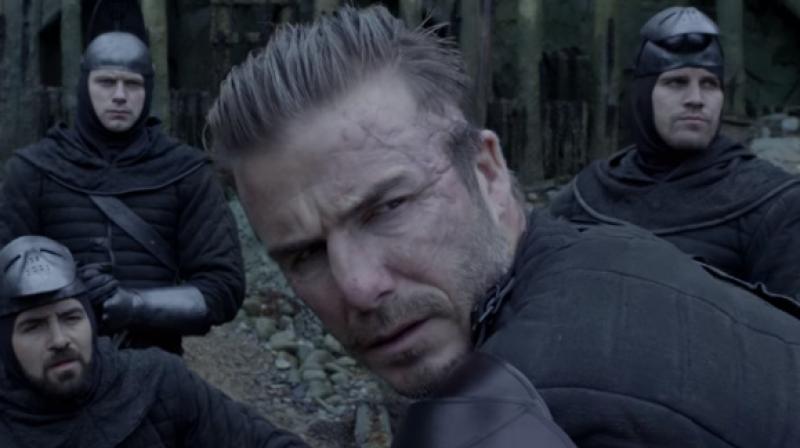 David Beckham in a still from 'King Arthur: Legend of the Sword'.

New Delhi: From football to modelling and philanthropy, David Beckham has rocked it all and now, he is trying his hand at acting.

The 42-year-old football legend plays a rather snide and unpleasant character named Trigger in the flick, who orders Arthur, played by Charlie Hunnam, to pull Excalibur from the stone; a key moment in the story.

In the short video, Beckham is seen bantering with the titular character. "Where do you want me?" Hunnam asks, to which he replies, "Bouncing on my knee. Where do you think I want you? Hands on the hill, stupid."

This is Beckham's second cameo in a Ritchie film as the ex-Manchester United and Real Madrid midfielder made a quick appearance in the director's 2015 film 'The Man from U.N.C.L.E.'

Also starring in the film are Jude Law as Vortigern, Djimon Hounsou as Bedivere and Eric Bana as Arthur's usurped father Uther Pendragon. The screenplay has been co-written by Guy, Lionel Wigram and Joby Harold.

The story revolves around Arthur, who grows up in Londonium as a peasant before uncovering the truth about the rule of the kingdom, his father's fate and his destiny as King. He must make a choice between leading a rebellion against Vortigern, or turning his back on his birthright forever.