Entertainment   Hollywood  09 Nov 2017  Men have to learn how to stay in their place: Monica Bellucci on sexual harassment
Entertainment, Hollywood

Men have to learn how to stay in their place: Monica Bellucci on sexual harassment

The actress says that it shouldn't be on women to cover themselves or to avoid creating a situation that can provoke men. 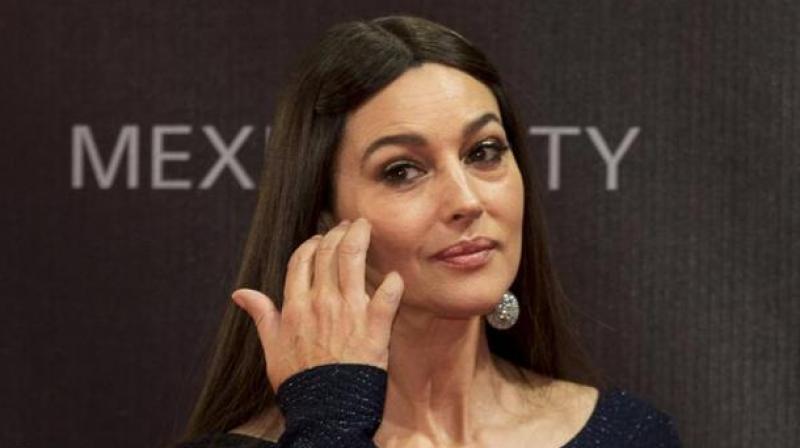 Los Angeles: Italian star Monica Bellucci thinks it is important now for women to come forward about harassment and assault as they have long been told to stay silent.

The actor said those criticising the women, who have come forward against Harvey Weinstein, for not speaking up earlier should understand that it takes courage to open up like that.

"I can say I am so happy that I have two kids, two girls, and they are born in this period of time. It's important that women now come out and have the courage to talk and to say things that surpass the fear, because our fear is something that is in our DNA," Bellucci told the Hollywood Reporter.

"People are asking, 'why didn't these women come out before? Why didn't they say something right away?' When a bird is in a cage for a long time, even when you open the cage, it doesn't go out. And so to come out from that is something that has to change inside. It takes so much time to come out and have the courage to talk."

Bellucci, who started working in her teens as a model and actor, said she also experienced harassment. The actor believes every woman faces harassment in some form or the other.

"Of course. I don't think there is one woman in the world who hasn't experienced this to some degree. So I think when you are a woman, you know from a very young age how to deal with those attitudes. In some cases, you think that it is almost normal because it happens so often. But it's not normal. What we have to teach our children is that it's not normal."

The actor said parents need to teach their children about these situations and how to face them.

"When we were kids, sometimes they didn't explain enough to us that it is not our fault. Because they teach us how to dress or how to behave in order not to provoke. But we have to explain to men that they can't act like that.

"It's not on women that we have to cover ourselves, or we have to avoid creating a situation that can provoke men. The men have to learn how to stay in their place."

Bellucci, 53, worked on several Miramax films over the years including 'The Brothers Grimm' and 'Malena', but said she did not "have to deal with those kinds of situations" because she already knew how to handle them.

"Because when you are a pretty woman and you are in a type of work where your image is part of the work, of course, you learn how to deal with situations," she said.

The actor, however, is hopeful about the future as she feels there is already a shift in the way people perceive women.