Kendall Jenner not ready for paparazzi yet after Pepsi ad backlash

Jenner's ad for Pepsi had been unanimously drubbed forcing Pepsico to pull it down. 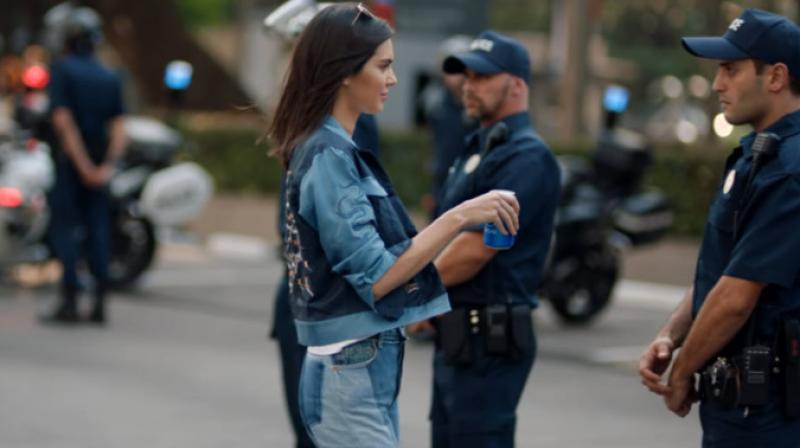 Jenner's outing came just two days after the soft drink brand pulled its ad from the airwaves and issued an apology.

Mumbai: Supermodel Kendall Jenner covered her face from paparazzi as she returned home to LA following the controversial protest-themed Pepsi commercial she starred in.

The 21-year-old diva sported a leopard-print coat, a black shirt with leather pants and white sneakers as she arrived at

She placed her left hand over her face as her bodyguard escorted her to a car outside the airport.

Jenner's outing came just two days after the soft drink brand pulled its ad from the airwaves and issued an apology.

The commercial showed Jenner ending a riot by offering a can of Pepsi to a police officer. Many viewers accused the company of exploiting the Black Lives Matter movement.