But then, warm embrace of the outlier, the other, the refugee is in Toronto’s DNA. 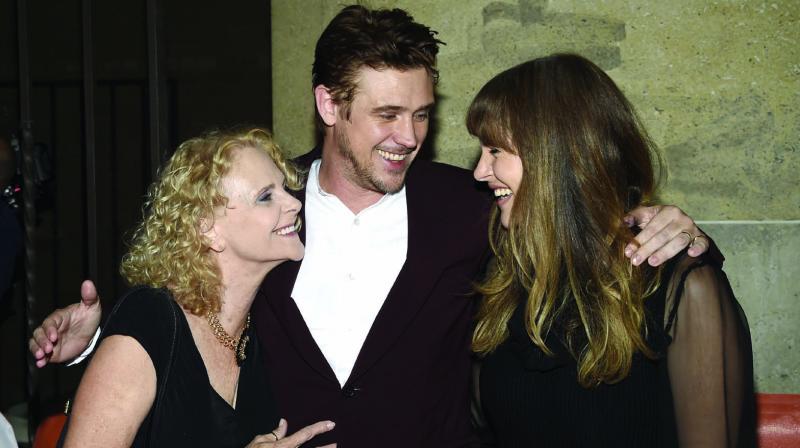 As the 42nd edition of the 10-day-long Toronto International Film Festival 2018 (Tiff 2018) kicked off on Thursday with the Scottish drama, Outlaw King, production behemoth Netflix must have felt warm after the cold shoulder it experienced at Cannes. In May this year, the high-brow Cannes had banished Netflix from its sight for not adhering to its rule of having a theatrical release of all its films showing at the festival in France.

But then, warm embrace of the outlier, the other, the refugee is in Toronto’s DNA.

Just one half of Toronto is white, the other half a rainbow of colours and ethnicities. Out of every 100 people in Toronto 12 are South Asian, 11 Chinese, 5 Filipinos, 9 Blacks, 2 Arab, and at least 1 Korean, Japanese, Latin American each… and most are foreign born.

As if that’s not enough, there’s much excitement in one section of the press in Toronto that the man who could be a real challenger to Justin Trudeau for the post of Prime Minister in next year’s national elections is Jagmeet Singh Jimmy Dhaliwal. The 39-year-old leader of the New Democratic Party, Canada’s third largest party in terms of MPs, is the son of immigrant parents — his mother is from Ludhiana and father from Barnala — and at this year’s meet the press, he took to the stage after Mr Trudeau mostly to show him how to do bhangra right. That he did it in a room full of journalists, with his turban tied high with pride, and his kirpan bouncing with his bhangra steps seems to have only added to his charm.

Given this very unique behaviour for a city, by now Toronto should have acquired a reputation on its own — for being the most diverse city in the world. The BBC says it is.

That it hasn't, tells another story, perhaps. Of Toronto, and Canada’s, grace with which it embraces diversity, without flaunting or bragging.

In a post-Harvey Weinstein era and a year when the world’s oldest film festival is still grappling with old world problems — just recently Venice Film Festival has had to defend its decision for having just one film in the competition section out of 21 by a woman — 34 per cent of films showing at Tiff 2018 are made by women, and 136 films showing at the festival have female leads.

That graceful inclusivity is visible not just in the choice of films, but also in the press room and the journalists still arriving from all over the world to cover the festival.

This year Tiff decided to expand its accredited media list by 20 per cent, but it decided that the new lot of writers will come from under-represented groups — “women, people of colour, people with disabilities, and people from the LGBTQ communities”.  “Change like this is always a collective effort. When we announced our Media Inclusion Initiative, we got overwhelming support from industry colleagues and individual donors. With this help, we will accredit almost 200 new journalists from under-represented groups. It’s fantastic news, but access is only the first step,” Cameron Bailey, artistic director of Tiff, said.

The questionnaire Tiff sent out to journalists attending the festival reflected its gentle determination to foster diversity. Writers, bloggers, journalists, critics were asked to indicate the gender and sexual orientation they identified with — transgender (male), transgender (female), non-binary, male, female, two-spirited, gay, lesbian, bi-sexual, queer, heterosexual. Or anything else Tiff may have missed out.

For a festival that has, since 1981, acquired a reputation for predicting the main Oscar winners with its own People’s Award, and where films jostle to have their world premieres — amongst its 343 films this year, 147 movies will have their very first public screening at Tiff 2018 — that’s an incredibly warm embrace, with grace. And the voices that will now emerge around cinema at Tiff will, over time, shift how we view films, and talk about them.