The 71st edition of 12-day long Cannes Film Festival took off with an uneasy smile in the French Riviera on Tuesday. 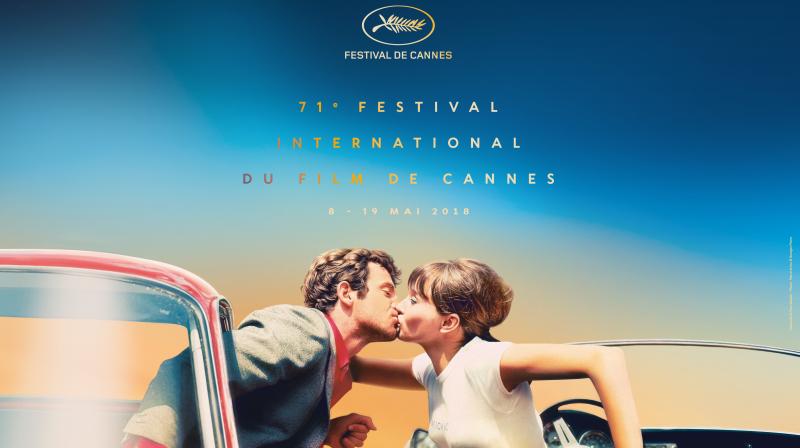 A poster of Palme d’Or.

Cannes: The 71st edition of 12-day long Cannes Film Festival took off with an uneasy smile in the French Riviera on Tuesday as it successfully hid behind Hollywood A-lister Cate Blanchett who, as president of the jury, had been sent out to both field and dodge questions about Harvey Weinstein, the #MeToo movement and the festival’s own dismal record of recognising talented women filmmakers.

Mr Weinstein may not have been present in the room when Ms Blanchett arrived for a press conference after posing with the other eight jury members on Boulevard de la Croisette, right across Majestic Hotel, one of the two hotels where Mr Weinstein is accused of assaulting four women, but his shadow loomed about as the mike was passed from one journalist to the other in the room.

Most wanted to know, through variously framed questions, how the Cannes film festival would change things, how it was responding to the culture of ignoring talented women in the film industry, and whether, while deciding who to hand over this year’s Palme d’Or to, it will be taking affirmative action.

“It’s not the Nobel Peace Award, it’s the Palme d’Or,” Ms Blanchett said, trying to put things in perspective. “For profound changes to occur, it needs to take place through specific actions,” she added.

Though there are only three films by women directors amongst the 21 that have been picked to compete for the prestigious trophy also called the Golden Palm, Ms Blanchett was unruffled because she had been fortified by a jury that is as diverse as it gets.

Of the nine jury members, five are women. Among these five, one is African-American director Ava DuVernay (nominated for the Golden Globe for Selma, 2014), and there’s Khadja Nin, a singer-musician from Burundi.

Of the three white women, two — Ms Blanchett herself and French actress Lea Seydoux (Blue is The Warmest Colour) — have spoken about about being sexually harassed by Mr Weinstein.

And among the four men is a Chinese actor (Chang Chen), a Canadian director (Denis Villeneuve), and Russian writer, director Andrey Zvyaginstsev whose Loveless remains one of the best films of 2017.

Though Ms Blanchett and other members of the jury said the films will be judged on their own merit, it’s going to be difficult to ignore the extraneous and intrinsic factors that accompany many.

Among the directors whore films the jury will be considering to award the Palme d’Or trophy — crafted by hand out of 118 grams of 18-carat gold by Chopard and costing about Euro 20,000 — two are under house arrest.

Iranian Jafar Panahi, whose 3 Face is in competition, and Russian director Kirill Serebrennikov’s film Leto (or Summer), are critics of their government and will not be present to accept the award if it goes to them.

Then there is Italian director Matteo Garrone’s Dogman whose lead actor, Aniello Arena, was convicted of shooting three rival Naples thugs in 1991, and is serving a life sentence. He’s was out during the day to shoot, and returned to prison every evening.

The fate of the festival’s closing film, Terry Gilliam’s The Man Who Killed Don Quixote, which is often referred to as “cursed” as it has been 20 years in the making, is still tied up in litigation.

Portuguese producer Paulo Branco claims he has the rights to the movie and has sued Cannes organisers to stop them from showing it.

The festival, which reportedly has a budget of Euro 20,000,000, has put its faith in Mr Gilliam and is fighting the case, with the hope that Wednesday’s judgment doesn’t embarrass it.

This despite the fact that Mr Gilliam has openly criticised the #MeToo movement.

“Harvey opened the door for a few people, a night with Harvey—that’s the price you pay... I think some people did very well out of meeting with Harvey and others didn’t… The ones who did, knew what they were doing. These are adults; we are talking about adults with a lot of ambition,” he has said in interviews.

On Saturday evening, when about 100 top actresses and female film directors will stage a protest on the red carpet at the Cannes film festival to support the #MeToo movement against sexual harassment, it'll do so with the support of the Cannes Film Festival.

"Not only Cannes, but the whole world changed last September… It will be a march dedicated to the women of cinema," Cannes director Thierry Fremaux has said.

All the women members of the jury rose their hand when asked if they will join the march. For which film they will raise their hand at the end of the festival is what everyone is dying to know.