Her representative said there was an offense for which Dustin apologised and Meryl accepted the apology. 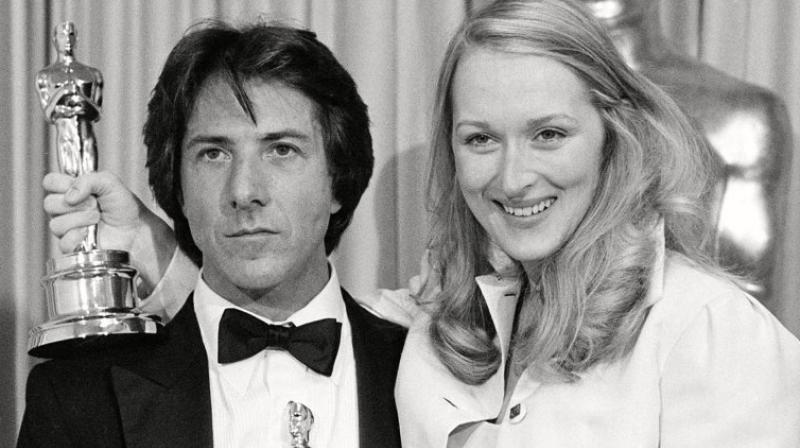 Dustin Hoffman and Merl Streep at the 1980 Oscars (Photo: AP)}

Los Angeles: A 1979 interview of Meryl Streep has resurfaced online where the actor is speaking about her unpleasant experience of meeting 'Kramer vs Kramer' co-star Dustin Hoffman for the first time.

In the Time magazine interview, Streep had claimed that Hoffman groped her on their first meeting.

"He came up to me and said, 'I'm DustinburpHoffman,' and he put his hand on my breast. 'What an obnoxious pig,' I thought," Streep had said in the interview.

The interview has resurfaced at a time when Hoffman has been accused of sexually harassing a woman when she was 17 and he 47. Since then, another woman has come forward with similar claims.

Her representative told E! News, "There was an offense and it is something for which Dustin apologised. And Meryl accepted that."

The representative also said that the 38-year-old article was not an "accurate rendering of that meeting".