The actor will donate such payments from Miramax Films' 'Good Will Hunting' to Film Independent and Rape, Abuse and Incest National Network. 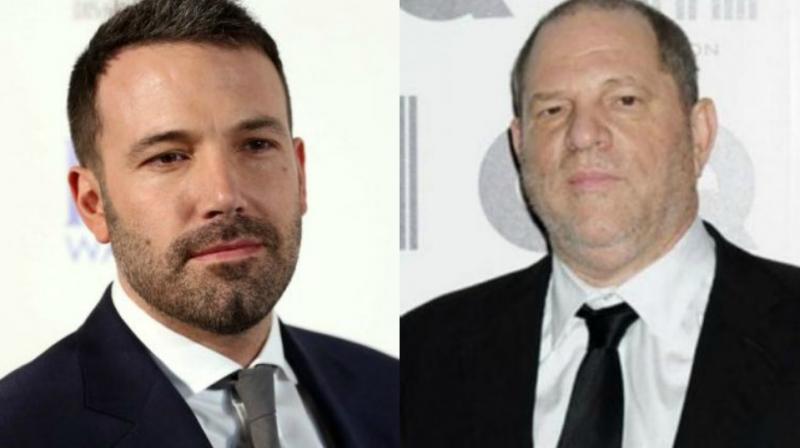 Washington D.C.: Hollywood actor Ben Affleck has revealed that he will donate the residual payments from films he made with Harvey Weinstein's company to charity.

According to People Magazine, the 45-year-old actor has decided to donate the payments he still receives from his Miramax films such as 'Good Will Hunting' to Film Independent and Rape, Abuse and Incest National Network (RAINN).

In an interview given to an entertainment channel, Affleck said, "Once Kevin suggested that. I decided to do the same thing, so any further residuals that I get from a Miramax or a Weinstein movie will go either to F.I. or to RAINN. One is Film Independent, and the other is a women's organisation. I just didn't want to cash any more checks from the guy, you know?"

Affleck had admitted he was ''saddened and angry'' at Weinstein's alleged behaviour, following claims Weinstein sexually harassed a number of women for almost three decades, and says the recent new additional assault allegations has made him feel "sick".

The 'Justice League' actor had previously spoken out against Weinstein, who produced and distributed his film 'Good Will Hunting', saying on Facebook, "I am saddened and angry that a man who I worked with used his position of power to intimidate, sexually harass and manipulate many women over decades."

He added, "The additional allegations of assault that I read this morning made me sick. This is completely unacceptable, and I find myself asking what I can do to make sure this doesn't happen to others. We need to do better at protecting our sisters, friends, co-workers and daughters."