'Songbird' a story about what happens in our worst nightmares, says Demi Moore

Set in the background of a pandemic, 'Songbird' focuses on the romance between a motorbike courier who has rare immunity, and a young artist 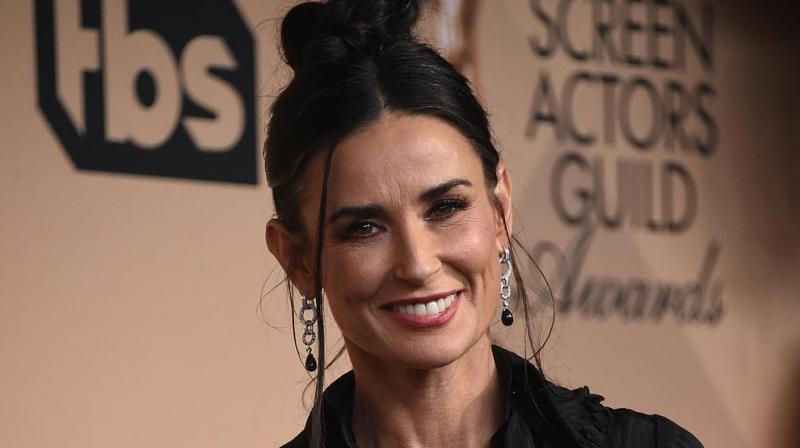 Actor Demi Moore. The movie was one of the first feature projects to go into production with the lifting of the lockdown and imposition of new safety restrictions. (AFP)

London: Actor Demi Moore says her upcoming pandemic feature "Songbird" is relevant for the current times as it brings on screen "our worst nightmares".

Set two years in the future during a pandemic lockdown, Songbird focuses on the budding romance between a motorbike courier named Nico (Apa), who has rare immunity, and Sara (Carson), a young artist.

Moore discussed the project, which is being produced by filmmaker Michael Bay, during an interview with The Independent.

"(It is about) what happens in our worst nightmares with this virus. You know, it is looking at a world that has separated between those who have and have not, and the desperation and fear that can take over," the 57-year-old actor said.

"My character is a woman, a mother and wife, who has resorted to some black market dealing to survive. It's a world in which if you're immune, which my character is, you have almost a free pass to move about whereas everyone else cannot," she added.

"Songbird" is being directed by Adam Mason from a script he wrote with Simon Boyes. The movie was one of the first feature projects to go into production with the lifting of the lockdown and imposition of new safety restrictions.

The production was briefly shutdown after SAG-AFTRA issued a "do not work" order on July 2, but rescinded it the next day.