With studios wary of releasing movies with social distancing in force, the two big US giants have had the film-going public to themselves. 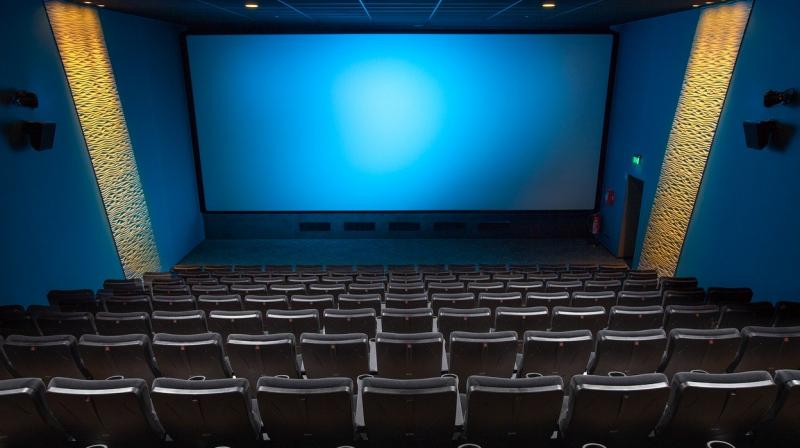 Cannes film festival chief Thierry Fremaux was optimistic insisting that streaming platforms were just the new form of TV and that cinema was going anywhere. He said cinema had resisted many challenges for more than a century. “We have to stop declaring the end of cinema every time there is a change,” Fremaux said.

Venice: Hollywood stars and top directors are getting increasingly anxious about the hold streaming giants Netflix and Amazon are exerting over cinema.

Several expressed unease at the dominance streamers established during the pandemic at the Venice film festival—the first major industry gathering since the coronavirus struck.

With many cinemas still closed and studios wary of releasing movies with social distancing in force, the two big US giants have virtually had the film-going public to themselves.

Oscar-winner Cate Blanchett, who is chairing the jury at Venice, said cinema needed support and warned it could be tricky “moving from a monoculture of streaming over the last six months to how we open cinemas.

“I think it will be a very important conversation to have. It’s a global issue,” said the actress, who admitted spending lockdown watching animated movies by the Japanese master Hayao Miyazaki with her family.

Legendary Spanish director Pedro Almodovar, who has argued for the regulation of all-powerful tech firms, painted a grim future where towns and cities could lose their cultural hearts, with cinemas and theatres going dark.

“The platforms have had an essential role in this period, but it’s nevertheless also negative and reason for concern,” he told reporters.

He pleaded for a return to shared experience, saying cinemas and theatres were the antidote to the “forced reclusion and imprisonment”.

“The Greeks talk of catharsis, so you find yourself crying or rejoicing with other people you don’t know, and it’s essential in our lives as humans,” Almodovar said.

“If a film of mine is shown in a cinema I can hear the audience breathe, it gives me the pulse of to what extent my film excites people.

“If I put my film on a platform like Netflix, I lose that contact with the spectator,” Almodovar said.

Even those who have embraced the streamers, like Venice’s departing director Alberto Barbera—who premiered three Netflix films including “Marriage Story” last year—now have reservations.

“We are tired of seeing films in streaming,” he told AFP.

“Watching them online helped us get through the lockdown, but we cannot lose the experiences of seeing them on a big screen,” he said.

But “one of the consequences of confinement is that the streamers now have enormous sway,” Barbera added.

Rising American director Gia Coppola, whose sharp new satire on online culture, “Mainstream”, is showing at Venice, told AFP that lockdowns may have only hastened the inevitable.

“Those platforms always seemed like they were going to become the new studios, and take over,” said the maker of “Palo Alto”, the grand-daughter of Francis Ford Coppola and niece of Sofia Coppola.

“But it is cool that they also support some really talented independent film-makers”, with Netflix backing “Roma”—which won the top prize in Venice in 2018 for the Mexican Alfonso Cuaron.

The world’s biggest festival has had an often tetchy relationship with Netflix, barring it from its competition unless it showed its films in French cinemas first.

Fremaux insisted that streaming was merely “a new form of television”.

“We will see in 120 years if we will be celebrating the 125th anniversary of the platforms,” he said, pointing out that cinema had resisted many challenges for more than a century.

“We have to stop declaring the end of cinema every time there is a change,” Fremaux said.

And cult French director Quentin Dupieux of “Rubber” fame, whose black comedy “Mandibules” is bowing at Venice, had a typically wacky take.

“I had no desire to watch Netflix (during the lockdown) because funnier things were happening outside,” he told AFP.

And returning to the cinema held no fears for him.

“As soon as the lights went down I forgot absolutely that there were infected people next to me and that they were eating popcorn and spitting it at me...”