Entertainment   Hollywood  07 Sep 2017  I was waiting 20 minutes on my knees for her to say yes: George Clooney on proposing Amal
Entertainment, Hollywood

I was waiting 20 minutes on my knees for her to say yes: George Clooney on proposing Amal

The actor did go down on his knees over dinner, played some romantic tracks and pulled out the ring to propose her. 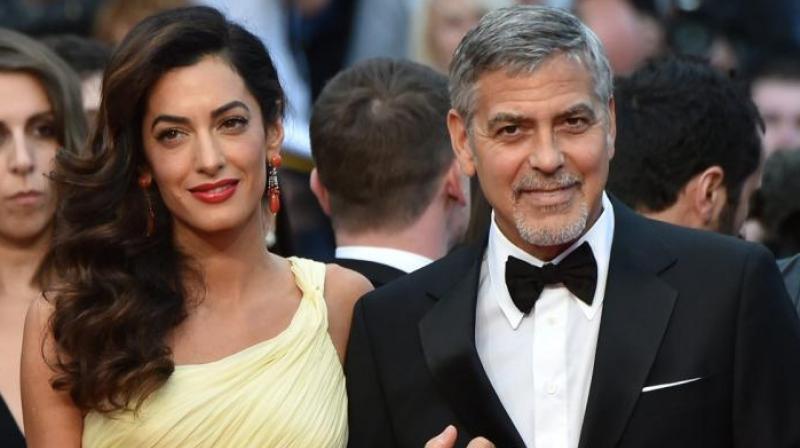 Los Angeles: If you are one of those who were curious to know how George Clooney proposed to his wife Amal Clooney, this might be your lucky day.

While giving an interview to The Hollywood Reporter, the actor-director opened up about when he met his now-wife and how he asked for her hand in marriage.

In October 2013, Clooney invited Amal to visit him at London's historic Abbey Road Studios, where he was supervising the recording of the score for his 2014 release 'Monuments Men'.

Later, they went out for dinner.

"That was a good first date. And pretty quickly, things escalated once I was in London," he said.

While spending Christmas together in Cabo San Lucas, he first thought of asking her to marry him.

For their proposal on April 28, 2014, Clooney made pasta for dinner.

"And then over champagne, after dinner, I told her there was a lighter to light the candle in the drawer, and she reached back and pulled out a ring. And I did all the stuff, got down on my knee and did all the things you're supposed to do. I had a playlist with my Rosemary songs on it [his late aunt was the singer Rosemary Clooney], and I was waiting for this song, 'Why Shouldn't I?' 'Why shouldn't I take a chance when romance passes by? / Why shouldn't I know of love?' It's a really good song about why can't I be in love?" noted Clooney.

"And it played, and she's like, 'Holy shit!' And she just kept staring at the ring, going, 'Oh, my God.' It was 20 minutes of me on my knee, waiting for her to say yes, because she was so shocked. She only said yes when 'Goody, Goody' came on, which isn't very romantic - it's kind of mean: 'So you met someone who set you back on your heels, goody, goody."

Clooney shared he did worry a little about whether she might think it was too soon, but he had no doubt that they were meant for each other.

They got married in September of that year in Venice.

Initially, they were trying to hide from the paparazzi and onlookers but changed their mind.

"We were sitting down in the boat, and I was like, 'You know what? Why are we hiding? Why are we ducking? We shouldn't be ashamed of this.' And we got up and waved," he said.