Hillary Clinton recently enjoyed a movie night with her husband Bill, where she finally got the chance to watch 'Wonder Woman.' 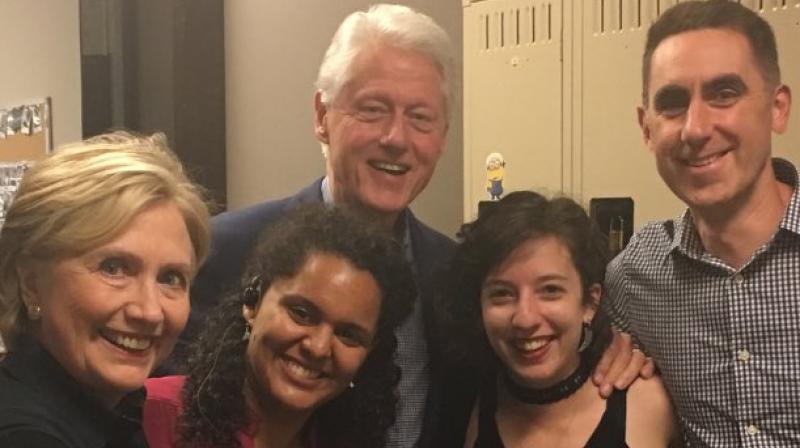 Hillary and Bill Clinton in the picture shared on Twitter.

New Delhi: Hillary Clinton recently enjoyed a movie night with her husband Bill, where she finally got the chance to watch 'Wonder Woman.'

Taking to its Twitter page, the movie theatre chain Alamo Drafthouse, which announced earlier this year that they would host women-only screenings of the blockbuster, shared a photo of the former first couple and captioned it as, "Honored to have hosted @HillaryClinton & @billclinton last night for a special screening of WONDER WOMAN!"

Honored to have hosted @HillaryClinton & @billclinton last night for a special screening of WONDER WOMAN! pic.twitter.com/a3yUlLFvEH

Back in June, Hillary, who became the first woman to receive the presidential nod from a major political party last year, declared during a video screened at Women in Film's Crystal + Lucy Awards that she was glomming onto the superhero movie.

"I haven't seen Wonder Woman yet, but I'm going to, in part because it's directed by the fabulous Patty Jenkins," she said. "Something tells me that a movie about a strong, powerful woman fighting to save the world from a massive international disaster is right up my alley."

The Gal Gadot-starrer, which hit the theatres on June 2, has garnered strong reviews and grossed almost 400 million dollars at the domestic Box Office.

A sequel is already on the calendar for a 2019 release.